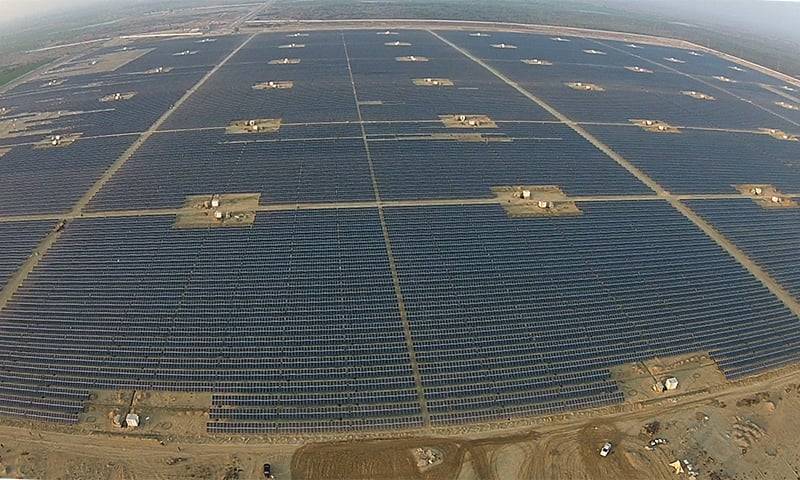 LAHORE - The Chief Justice of Pakistan conducted hearings of multiple cases in the Lahore Registry on Sunday and took notice of Quaid-e-Azam solar power plant and power companies.

The top judge, who is quite active in affairs related to general public, also summoned details pertaining to the solar plant’s costs, production and expenditures besides directing the relevant to submit a report regarding the power companies’ performance and expenditures.

Let it be known that Quaid-e-Azam Solar Power Limited is a public-sector for-profit company established by the Punjab government in 2013. The plant was connected to the national grid in 2015 by former prime minister Nawaz Sharif in Bahawalpur, Geo News reported.

The project, after completion, would be the world's largest  solar energy production plant.

Auditor General of Pakistan (AGP) and the National Accountability Bureau (NAB) had initiated an investigation pertaining to alleged embezzlement in its construction.