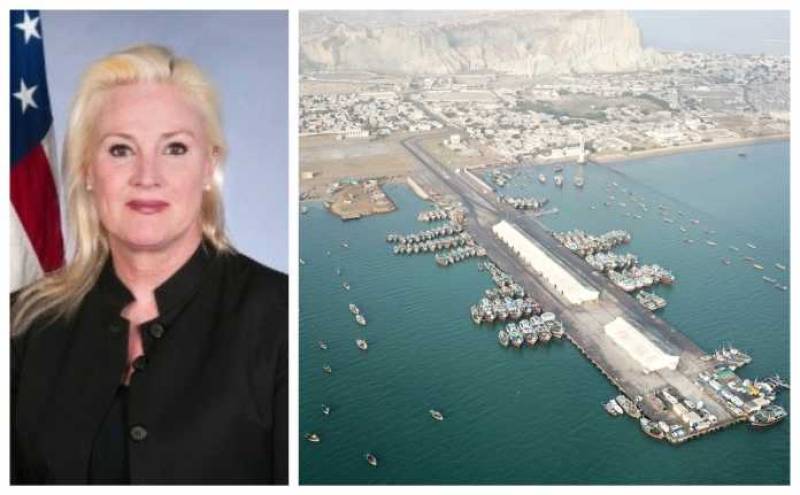 ISLAMABAD – US Chargé d’affaires in Pakistan Angela Aggeler on Thursday visited Gwadar, becoming the first US official to visit the port city of Balochistan in 15 years.

Overall, this was her second trip to Balochistan, said the US embassy in a press release.

“I would like to thank my Pakistani hosts and counterparts for hosting me at #Gwadar today. It is great to be back in Balochistan,” the diplomat said in her statement.

3/3 "I am proud of U.S. and Pakistani efforts to promote maritime security through naval exercises and professional exchanges, and I look forward to expanding our cooperation across sectors." - U.S. Chargé d’affaires a.i. Angela Aggeler

She said the visit serves as the latest example of US-Pakistan cooperation on shared interests, adding: “I am hopeful it is the first of many to encourage and strengthen commercial and economic ties between Balochistan and the US”.

“I am proud of US and Pakistani efforts to promote maritime security through naval exercises and professional exchanges, and I look forward to expanding our cooperation across sectors,” said Angela Aggeler.

Who is Angela Aggeler?

Angela Aggeler is a career member of the Senior Foreign Service, with the rank of Minister Counselor. Prior to her arrival in Islamabad, Ms. Aggeler served as the Minister Counselor for Public Affairs at the U.S. Embassy in Paris; the Acting Principal Deputy Assistant Secretary of State for the Bureau of South and Central Asian Affairs and Office of the Special Representative for Afghanistan and Pakistan in Washington, DC, and the Deputy Assistant Secretary of State for Press and Public Diplomacy for that Bureau.