Hundreds of thousands rally in Istanbul for democracy 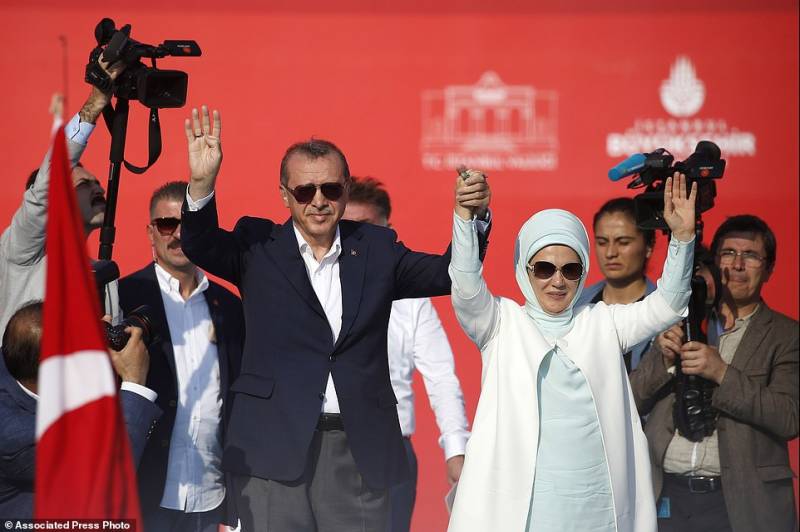 By 1400 GMT, Istanbul’s Yenikapi Square was a sea of red and white Turkish flags with many taking part wearing headbands emblazoned with Erdogan’s name.A huge banner declared “the victory is democracy’s, the square is the people’s”.

The grand “Democracy and Martyrs” rally was being held under tight security with 15,000 police officers on duty. Followers of Erdogan’s Justice and Development Party (AKP) have taken to the streets every night since the attempted putsch (coup) on July 15 that claimed at least 273 lives, including 34 coup plotters.

The rallies were not limited to Istanbul and the capital Ankara. Thousands rallied in the popular tourist spots of Izmir in the west, Antalya in the south and Diyarbakir in the restive south-east. Prime Minister Binali Yildirim appeared briefly on stage in Istanbul before the start of the rally, waving to the crowds after opposition party leaders arrived and shortly before Erdogan appeared with his wife, Emine Erdogan, on stage.

The crowds observed a minute's silence before a rendition of the national anthem opened the rally followed by readings from the Holy Quran.

"We are here today not for our leader but to protect our country," adding that he would not let Turkey fall into the hands of "rogues". Wearing a hat covered in the Turkish flag on top of her headscarf, another participant, Aynur, said she hoped that the political parties would remain united after the rally. "All the political parties are united, a picture we have longed to see. God willing, this unity will last forever," said the AKP supporter who has also voted for the opposition CHP in the past.

Before the rally began, the names of those killed during the failed putsch were read out one by one in the presence of former president Abdullah Gul, former prime minister Ahmet Davutoglu and the current chief of staff, Hulusi Akar.

Turkey has accused reclusive US-based cleric Fethullah Gulen of masterminding the coup attempt which was led by a rogue faction in the military. Osman Kor, aged 45, said he was attending because Kemal Kilicdaroglu, head of the secular Republican People´s Party (CHP), was attending.

On the unity theme, Erdogan invited opposition leaders to address the crowds, except for the pro-Kurdish Peoples´ Democratic Party (HDP). An AKP follower, who did not wish to be named, expressed his pleasure at the opposition´s response. "I support the AKP but I am delighted that the MHP and CHP are supporting this huge rally."

The CHP hosted a mass pro-democracy rally last month on Istanbul´s Taksim Square which AKP supporters also attended in a show of patriotic post-coup unity. Erdogan retaliated after the coup with a sweeping crackdown on alleged coup plotters. 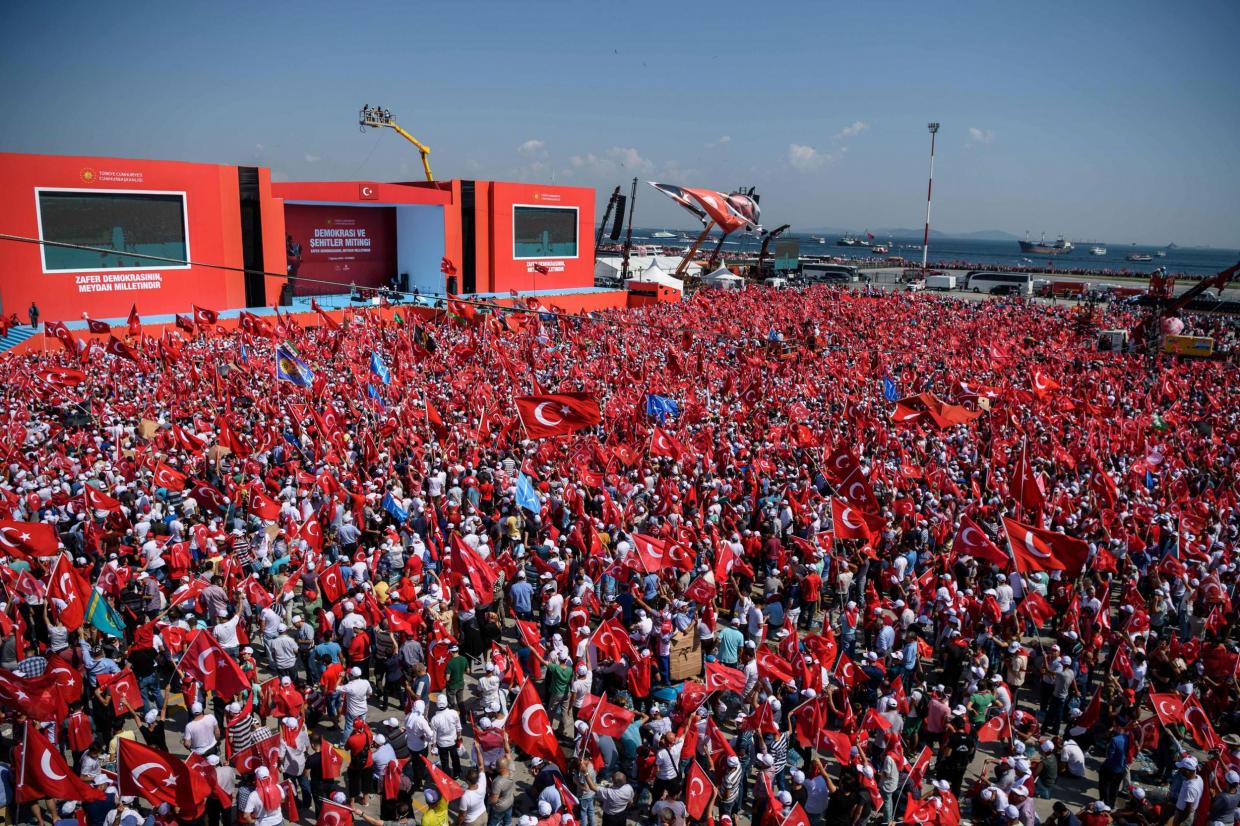 Over 60,000 people from the military, judiciary, civil service and education have been dismissed, detained or put under investigation for suspected links to the Gulen movement. From his base in Pennsylvania, Gulen denies the charges.

The mass purge has strained Turkey's ties with its Western allies and cast a shadow over its long-term bid to join the European Union after Erdogan suggested the death penalty might be reintroduced. Erdogan, who arrived in Istanbul late on Friday, said the rally in Yenikapi would be broadcast live via giant screens nationwide with one also due to be installed in Pennsylvania.