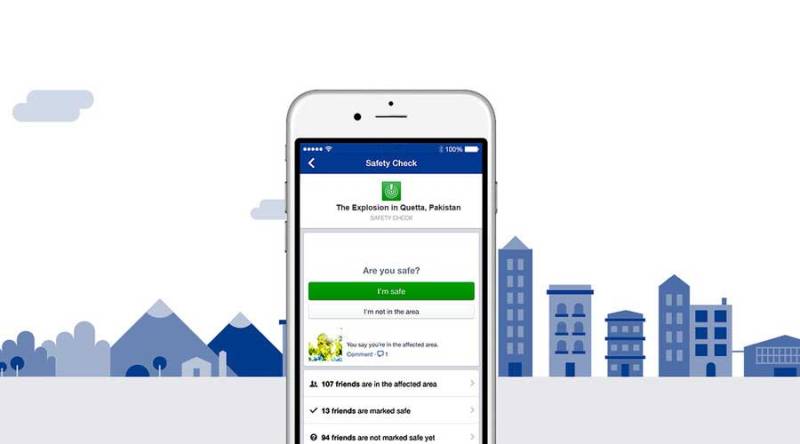 The safety check feature lets you notify your friends about your safety, in case of any such disaster.

The blast ,which has killed 63, took place after several lawyers brought the dead body of the President of Balochistan Bar Association, Bilal Kasi, for autopsy after he was gunned down on Mannu Jan road.

Earlier in March, after the suicide attack on Gulshan-e-Iqbal park Lahore, Facebook mistakenly activated safety check notifications for users all around the world including North America, Austria, Israel, and UAE.

The Facebook notification had no mention of the area of explosion and only read “Have you been affected by the blast?”

This feature first appeared after Fukushima tsunami in Japan and is designed to ask users about their safety after any unfortunate event takes place in a particular area.