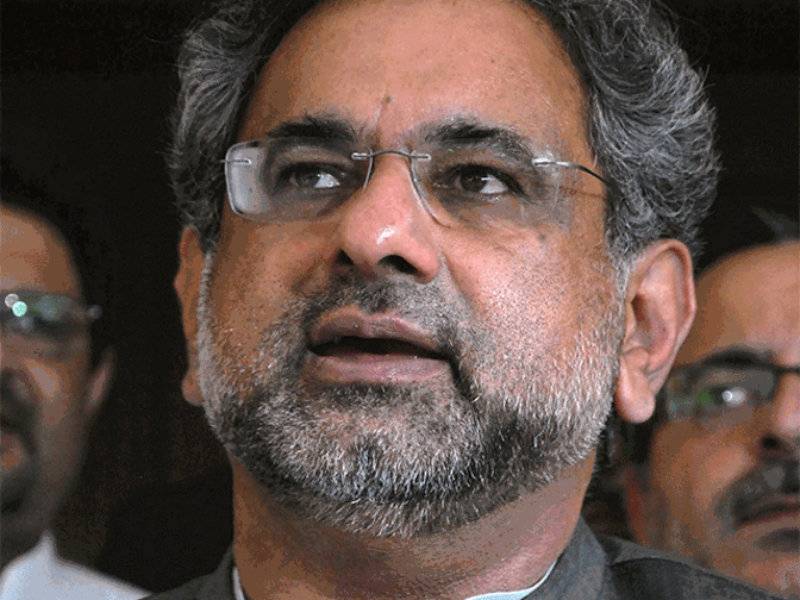 ISLAMABAD - Prime Minister Shahid Khaqan Abbasi has desired to amend Article 62 and 63 of the Constitution, adding that he would also consult with other political parties to realise it.

PM Abbasi while talking to a private news channel said that the long-delayed issue occurred whenever a constitutional amendment was presented, adding that the House is supposed to review it which leads to confusions in its implementation. He emphsised on bringing clarity in the Articles.

Abbasi said that he will contact all political parties to remove the ambiguities, adding that different parties had expressed their agreement.

Highlighting the discrepancies, he said that these articles could jeopardise a person who mistakenly failed to declared a bank account.

Adding more, the same law was invoked against former prime minister for not withdrawing his pay from a company owned by his son

Abbassi said that the Constitution can be amended with changing scenarios as it is a current document.

This was the first appearance of the newly-elected prime minister in any television talk show after he assumed office on August 1, after Sharif's disqualification by the Supreme Court.

Article 62 describes the qualities for becoming a member of the Parliament, while Article 63 carries clauses on which a member can be disqualified.