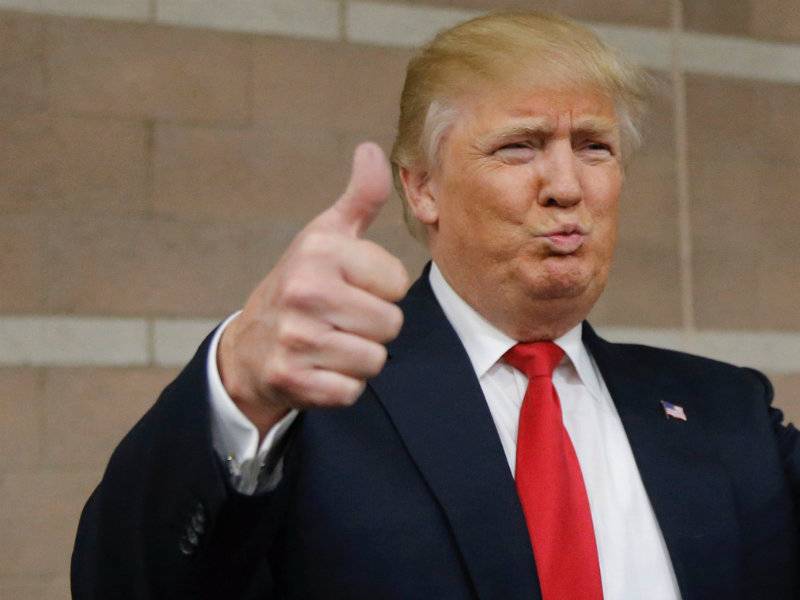 NEW YORK - The Time magazine has named President-elect Donald Trump its Person of the Year 2016 due to his influence in the past year "for better or worse."

The Time cover reads, “Donald Trump - President of the Divided States of America” and the cover image features a photograph of the President-elect sitting in his private residence at Trump Tower.

“It’s a great honor. It means a lot,” Mr. Trump said in a telephone interview on NBC’s “Today” show yesterday.

The President-elect also took issue with the “Divided States of America” description: “I didn’t divide ‘em,” he said. “We’re going to put it back together and we’re going to have a country that’s very well-healed.”

Time editor Nancy Gibbs said the publication gives the title to the person who has had the greatest influence on events “for better or worse”.

The choice of Trump this year was “straightforward”, Ms. Gibbs said on the programme, adding that Democrat Hillary Clinton was the No. 2 finalist.

"A lot of people think that Person of the Year, just because of the nature of the name, is an honor, and certainly there have been years where we have recognized people whose influence has been altogether unassailably worthy," Gibbs added.

"Normally that's not the case. I know there are a lot of people who disagree with so much of what Donald Trump said and are very apprehensive about what his presidency means for them and for the country. I think i would challenge them to suggest that someone else this year had more influence and in a way a greater surprise than what he did in 2016."

“When have we ever seen a single individual who has so defied expectations, broken the rules, violated norms, beaten not one but two political parties on the way to winning an election that he entered with 100-to-1 odds against him?” Ms. Gibbs said while referring to Donald Trump, who would assume Oval Office next year.