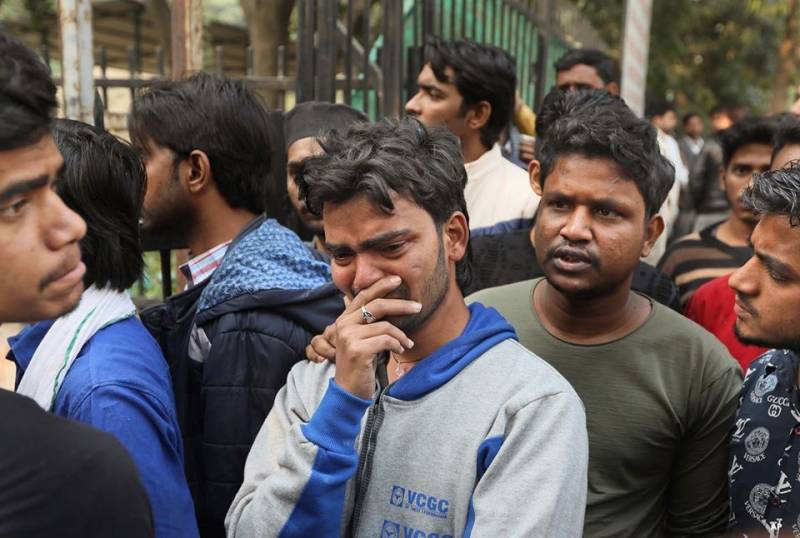 DELHI - At least 43 people were killed on Sunday in a devastating fire at a factory in a market of New Delhi when the workers were sleeping, police said.

Firefighters fought the blaze from nearly 100 meters away because the alleyways in the areas were too narrow for rescue vehicles to access the building. Around 24 fire trucks put out the massive blaze.

About 60 people including dead were taken out of the building by the rescue officials. The injured were shifted to state-run hospital and two other where they are being treated for their bruises and smoke inhalation.

"My thoughts are with those who lost their loved ones. Wishing the injured a quick recovery. Authorities are providing all possible assistance at the site of the tragedy."

A cause for the blaze is yet to be determined.