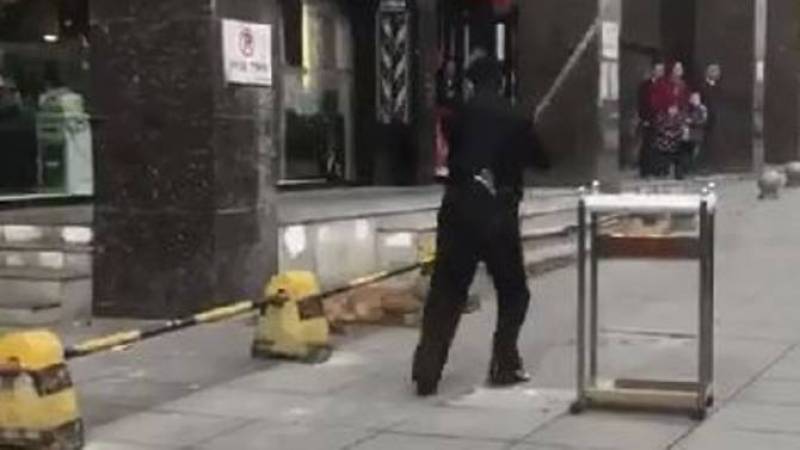 BEIJING - Two men were handed five-day sentence on Saturday for insulting a policeman and posting his personal information online after a video of the officer beating a dog to death stirred outrage.

The Changsha police bureau in the central province of Hunan said on their official Weibo social media account.

"One of the men published the address and photos of the policeman's house online, while the other openly insulted him"

The policeman, surnamed Chen, was seen killing a leashed golden retriever on a sidewalk in front of a dozen onlookers in a video posted online last month.

Surveillance footage from police showed the dog had attacked at least four people.

Lacking a dart gun and unable to trace its owner, Chen and another officer decided to bludgeon the dog to death "to prevent it from hurting more pedestrians", the local Tianxin bureau of Changsha police said on Weibo.