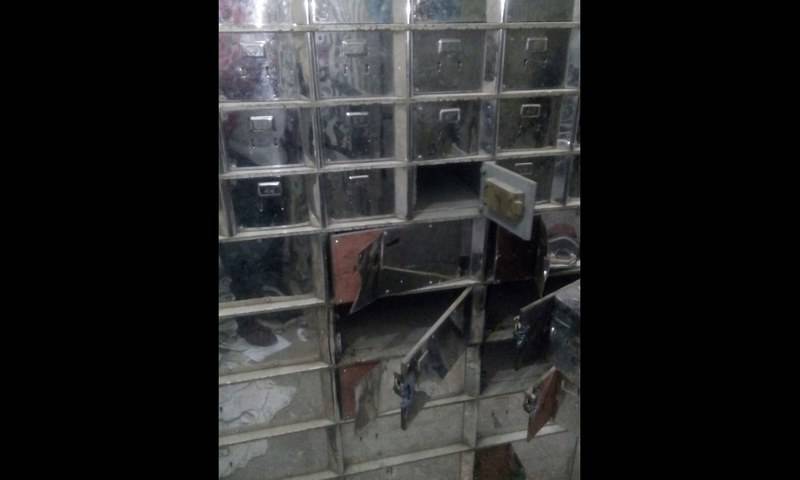 KARACHI - In a heist, a security guard and an unknown accomplice fled away with jewellery after breaking lockers at a branch of National Bank of Pakistan.

The robbery took place at Golimar branch in Karachi Sunday night when the security guard identified as Sadam along with another suspect managed to enter the bank.

Both suspects tied another guard, "who was performing the duty that night," with rope and headed towards lockers room. They stole jewellery from 26 lockers but did not touch the cash and fled away.

They also took CCTV footage while leaving the bank. As the bank opened in the morning, the officials found the guard, Hidayatullah, tied.

The police took Hidayatulla into custody for interrogation on suspicion, while the search for the suspects is underway.