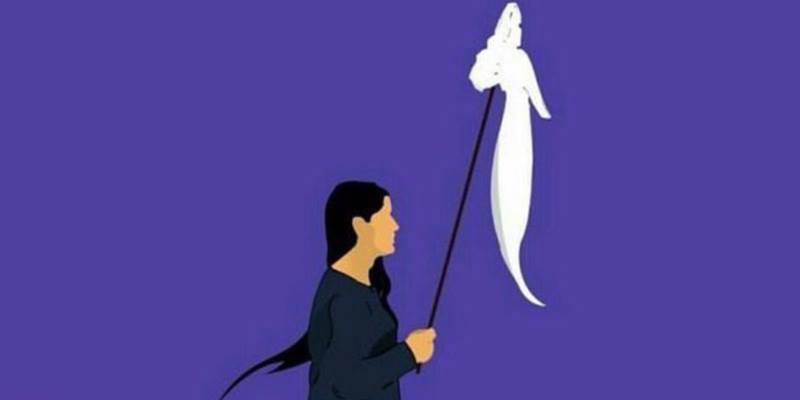 In December 2016, Iranians celebrated the capture of Syrian city Aleppo that lied in ruins and blood. Since around the same dates in 2017, they have been taking to the streets seeking better economic conditions and end to Tehran’s armed meddling in various Arab countries. With dozens killed (including a 13-year old) and hundreds arrested across the country, the marches endure to torment Iran and its sympathizers abroad alike. To keep its foreign activists and sectarian base upbeat, the regime ordered pro-Ayatollah rallies while ensuring each and every government employee shows up with his family. The state-sponsored rallies paid off as they were displayed prominently on news sources from Lebanon to Pakistan. The already under-played protest stories were suppressed even more.

The ‘reformist’ president agreed that holding rallies is possible but only after the governmental permission. What started as a protest movement against harsh economic conditions soon attacked the core of the Iranian government, the spiritual leader. The graffiti and the slogans left no doubt that the mood is changing. The first indication emerged in 1988 and then more vividly in 2009. This time, it is an outflow of rage with no reformist or conservative politician to lead. The regime has pointed fingers towards former president Ahmedinejad and he is reportedly under arrest. Interestingly, while Russian outlets are also airing the news, the former president’s refuted the rumors of his detention instead of the man himself. After pulling the plug on social media Apps as well as voice and text messaging platforms like Telegram and Signal, the clerical regime has been giving the impression that uprising has been quelled.

Iran blocked access to Telegram for its citizens due to opposition activity in channels – my thoughts here https://t.co/wxW8hS9i2s

For any Iran observer, the trouble is far from over. The very fact that Iran’s Revolution Guard Corps-affiliate Tasnim News agency is circulating photos of protestors for identification and eventual incarceration says a lot.

On Sunday, Iran's parliament held a closed-door meeting not to debate the harsh treatment meted out to the protestors but delayed response of the interior ministry and affiliate institutions. Yet, Iran’s posturing like a ‘democracy’ continued, in its very peculiar way. For instance, parliamentarian Behrouz Nemati posted on Instagram, "The parliament doesn’t in favor of keeping Telegram filtering in place, but it must pledge that it will not be used as a tool by the enemies of the Iranian people." The tongue-in-cheek statement is drawing its fair share of Iranian ire from across the world.

Today, Iran’s interior, defense and foreign ministers alongside armed forces' chiefs and the parliament’s speaker are convening a security conference. The proverbial ‘reformists’ will be facing the ‘hardline’ military officials and Parliament speaker Larijani. The ongoing crackdown is expected to intensify while the regime may offer some economic incentives such as lower gas prices and certain tax cuts on essential commodities. The IRGC won’t resist if its financial allocations remain intact.

The protests not only shook pillars of Iran’s clerical regime but also alarmed it of the ‘threat’ Internet in the access of below-30 youth poses. One of the most bizarre measures put in place is banning the teaching English at primary level. How erroneous to think that it was English language media or social media activists who instigated the revolt. As much as it is homegrown, the catalytic factor has been its amplification by expatriate Iranians who were connected back in Iran and obviously opposed the Tehran’s policy and ideology. Famous Iranians abroad like Maz Jobrani and Nazanin Boniadi used their star power to support to mobilize public opinion about developments in Iran. Besides, the closure of Internet disrupted some 9,000 online businesses, reported ISNA news agency.

The protests resulted in the cancellation of French prime minister’s visit to Tehran. In November, Emmanuel Macron paid an elaborate visit to the Gulf region and bagged contracts worth billions of dollars for French corporations. The upheaval can certainly dim optimism amongst western foreign investors.

Despite the absence of leadership, the protests have already dented the confidence of the clerical junta. The purported ‘victory’ in Syria against its people and vows to fight the Arabs in the Gulf have backfired in Tehran, Qom, and Hamadan. The semi-marital law-like situation will be difficult for the regime to hide. The Internet blockade will not be enough for Tehran to blackout the ongoing crackdown from the world.

Provisionally, the IRGC will revisit its external operations, slowing if not pausing them. President Rouhani will lose power to the IRGC and internal security agency Basij for the simple reason that he does not have fiscal space to address public grievances. The ensuing public wrath will be indiscriminate.

If the turf war between ‘hardliners’ and the Rouhani & co prolonged, the next phase of better-organized rallies won’t take long to surface. The west, minus the US, will try to overlook the brutal handling of the protestors in a bid to strengthen the ruling party against IRGC-powered ‘hardliners’. Within the Muslim, Iran’s political class is seen as ideologically monolithic with the exception of late Akbar Hashmi Rafsanjani. The current regime is the continuation of its predecessor in most ways except signing the nuclear deal. Tehran’s approach to its armed and ideological proxies abroad has not changed since Rouhani took power in his first time. Iran’s role in Syria, Iraq, Lebanon, and Yemen became nastier. On Rouhani regime’s watch, 2,000 Afghan mercenaries of IRGC have been killed in Syria while 8,000 injured.

While the majority supports Ali Khamenei's strategy, the dissent is not marginal either. Though fear factor has been purged, the rallies on the streets may not last with the same fervor. The tactics will change and the social media will form one part of Iran’s internal asymmetrical war. The youth will adopt more ingenious ways after experiencing blockade of Telegram and WhatsApp. They have also learned that the world won’t like to see an unstable Iran bordering a disastrous Afghanistan. Yet, the simmer phase will persist till Nouroz truly becomes Nouroz.