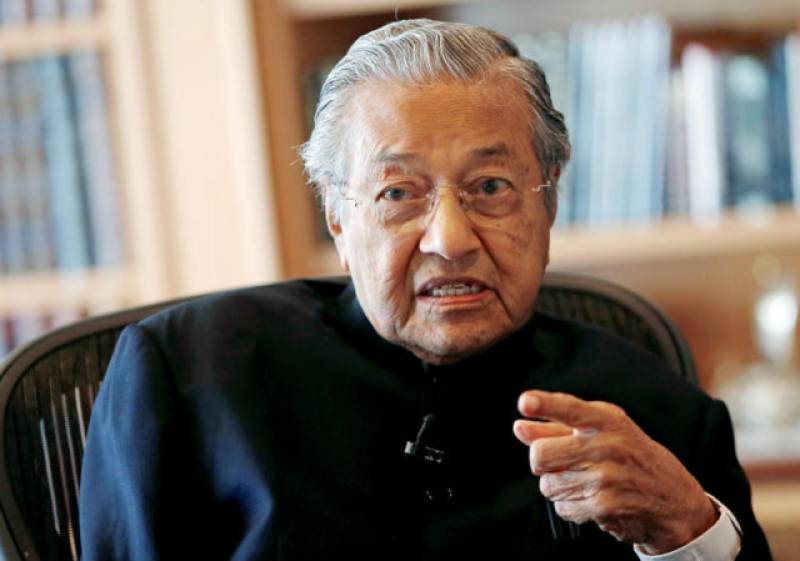 KUALA LUMPUR - Malaysia's long-serving former prime minister, Mahathir Mohamad, has been picked by the country’s opposition once again as a candidate to run for Prime Minister office.

Mahathir, 92, was chosen on Sunday to lead the opposition after putting aside a decades-old feud with popular politician Anwar Ibrahim, who is currently jailed on a conviction for sodomy.

Anwar's wife, Wan Azizah, will run alongside Mahathir in a bid to be deputy prime minister, the AlJazeera reported on Monday.

If the opposition alliance wins a general election that must be called by August, it plans to pardon Anwar and install him as prime minister, its Secretary-General Saifuddin Abdullah said.

Mahathir stepped down as prime minister in 2003. He had served in the post for more than two decades.

The decision to pick Mahathir as candidate was endorsed by senior leaders of the four-party coalition, Pact of Hope, at their convention outside of Kuala Lumpur, rousing cheers by hundreds of supporters.

"Our great focus is to save our beloved country," Mahathir said in a speech. "It wasn't easy for the parties that were my enemies before to accept me, but they are aware of the importance of bringing down the current government."

If he wins, he will become one of the world's oldest leaders.

In recent years, he has been drawn back into politics because of his vocal opposition to current Prime Minister Najib Razak, who has been embroiled in a multi-billion dollar financial scandal involving a state development fund called 1MDB.

Mahathir cut links with the ruling UMNO party and in 2016 started a new party, Bersatu, which joined the Pakatan Harapan opposition alliance.

The former leader's authoritarian but essentially pragmatic policies at home during his tenure helped transform Malaysia into an Asian economic tiger.

When he was sworn in as the prime minister, religious extremism was among the big problems of his country. Backwardness was a prominent feature of Malaysian society. Economy was at its lowest ebb. But he successfully overcame all these issues because he was determined and sincere. The controversial internal security act which he implemented to curb extremism and turmoil in the country later proved a wise step.

He initiated first automobile manufacturing industry (Proton) in the country which not only gave affordable cars to Malaysians, but also made the economy of the country better.