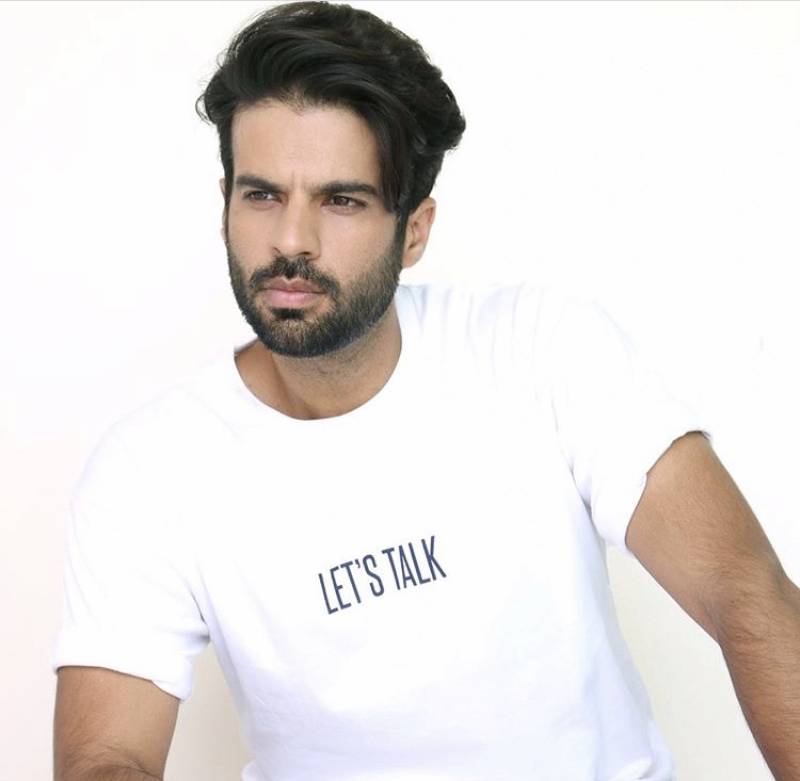 If you’ve ever experienced the crippling feeling of anxiety, you know it’s not easy to put into words.

Many people live with an anxiety disorder, but there's still a stigmaassociated with having one.

However, there are people seeking to normalize the public perception of anxiety, and they're not all doctors and researchers. Celebrities are also bringing the conversation about anxiety into the mainstream by talking openly about their own experiences with anxiety disorders.

Actor Adnan Malik wrote a note to his friends and followers in which he discussed how he's been battling with anxiety since Sadqay Tumhare.

In a recent Instagram post, Malik quoted his mental struggles as the reason behind why we don’t see him on screen so often. He  further explained how frazzling the character Khalil was for him.

WHY I DONT ACT THAT MUCH: It’s been a mellow #Decemberistan for me. (Btw link to THAT article in my bio) I’ve spent a lot of this time managing my burn-out, embarking on new kinds of directorial projects, reading, yoga, developing a daily wellness/ spiritual practice, working out and turning my intentions into actions. It’s been very rewarding. However, everytime I have gone out, people just can’t help asking me why I am no longer on “the screen”. This has happened in supermarkets, in elevators, at dinner parties and even when I’m jogging at the park. Although it’s incredibly flattering to feel the genuine love of people who’ve appreciated my work as an actor, I do feel uncomfortable sometimes. In those quick short fire exchanges, I can’t seem to explain the role acting has in my life. Everyone seems to think that because I had a couple of successful projects, that I should pursue this full time. And that money, fame and influence is everything. But it ain’t. Wellness, connecting to purpose & self-care is everything. Here’s my TAKE ON ACTING: I never wanted to be an actor. It was never on my agenda. But I think I had a natural proclivity for it because in one way or another, I’ve been “performing” since I was a kid. I performed for affirmation & validation. Hid many parts of my true self so I could receive love & acceptance from my parents, family & even society at large. For very long, I played the “perfect” son. I didnt feel anywhere near perfect on the inside. In fact, I had very low self-esteem but never shared that Part of me with anyone. (Even myself) For some reason everyone thought I should be an actor when I was in my early 20s. Tall, handsome, smart and well spoken is how people perceived me, but inside I was sad, incomplete, unloved and also full of shame. When through some bizarre, but serendipitous, twist of fate I was asked to play Khalil in Sadqay Tumhare, I decided to take it on because all the elements seemed right (continued in comments)

“The thing I didn’t know about acting was that when the director calls cut, I should leave the character there, but I didn’t. I took Khalil home with me. I slowly became Khalil. I didn’t know where I started and he ended. It was also at this point that I realised I have severe anxiety and being in front of the camera exacerbated that,” he shared.

“I’ve spent a lot of this time managing my burn-out, embarking on new kinds of directorial projects, reading, yoga, developing a daily wellness and spiritual practice, working out and turning my intentions into actions. It’s been very rewarding. However, every time I go out, people just can’t help asking me why I am no longer ‘on the screen’.”

"I lost serious weight, would be up all night, worried about my performance, I would sometimes cry without knowing why. I began to resent my parents, disconnected myself to all my friends and relationships, and It all became too overwhelming. I had accessed my inner child and brought him to the surface and I was ashamed. I needed help."

He went on to say, "After I managed to get through the shooting of the drama I decided to see a therapist. It was the single best decision I’ve made for myself in my whole life. And that moment was the beginning of my journey of connecting with my true, authentic self."

"It’s been 5 years since Sadqay, and about 5 years, off and on, that I’ve been going to therapy. It’s been an incredible journey and one that I’m so grateful for. Sadqay led me to myself and I’m so much more comfortable in my skin now. I’m kinder to myself, I don’t look to be 'perfect' in all that I do. But that’s also exactly why I don’t take on many acting projects."

"I’d love to do more acting projects. I learn so much about myself. But the project has to have a certain integrity and vision to it. If I’m giving so much of myself to something, it’s got to be meaningful."

He concluded his post with, "For now, to all the people who ask why I’m not on screen anymore, it’s because I see acting as a way to honor myself, to connect to a deeper spiritual self and a way to confront my own demons. I can’t take it lightly."