I’m the biggest fan of Sajal Aly, I really look up to her: Sonam Bajwa 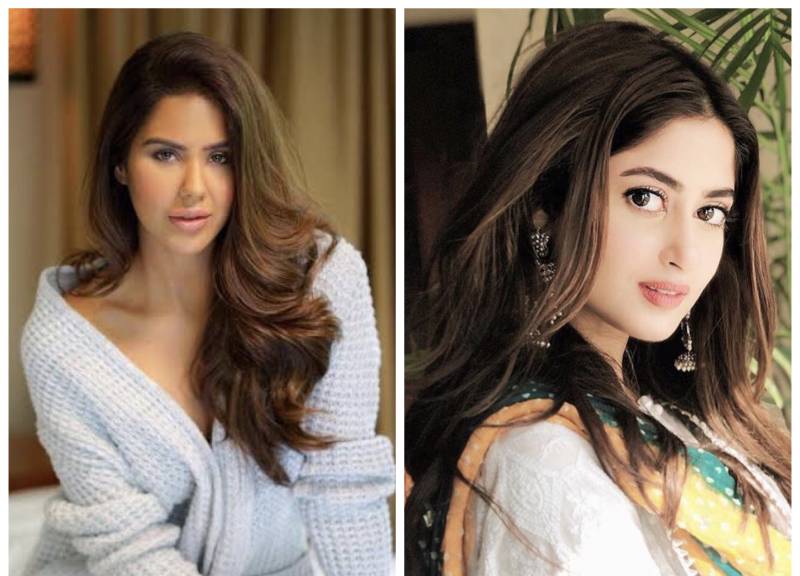 Sajal Aly, is one of the most finest actresses in Pakistani showbiz and has more than made her mark in the industry. In fact, she has proved her mettle in India with her performance in the Bollywood flick, Mom.

Amongst so many admirers across borders, Indian model and actor Sonam Bajwa is also a big fan of Sajal Aly as well.

In an interview with BBC Asian Network's Haroon Rashid,the Muklawa actor revealed that not only was she a fan of Sajal but also the Pakistani entertainment industry in general.

"I'm the biggest, biggest fan of Sajal Aly. She is phenomenal and I feel so happy sharing that I've learnt so much from her, she's extarordinary and I think you'd agree. She's the best actress and the finest actress of our times...I really look up to her."

She added, "I'm watching Alif, Mere Pass Tum Ho, Yeh Dil Mera. You'd be quite surprised, I live in Bombay but I mostly work in Punjab, it's a small industry, we don't have much to do or know but I know all about what's happening in Pakistan's entertainment industry, I know all the celebs, I know everything. I have some really close Pakistani friends, I know Sajal personally, Rabia [Butt] also. I religiously follow Pakistani dramas and I think they're so amazing."

Later Sajal took to her Instagram story to thank Bajwa for her supportive comments. "@sonambajwa, you're a sweetheart and thank you so much for your love."