Pakistan, world to witness first lunar eclipse of 2020 on Jan 10 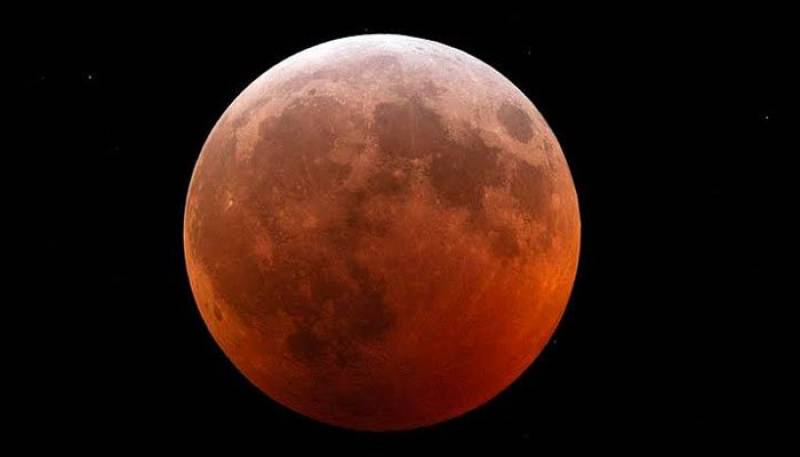 ISLAMABAD - The first lunar eclipse of the year 2020 will be witnessed during the night between January 10 and 11, according to Institute of Space and Planetary Astrophysics (ISPA).

According to details, lunar eclipse, also known as the Wolf moon eclipse, is a celestial event that occurs when the Earth comes between the Sun and the Moon, which results in obstructing some or all of the Sun’s light from reaching the Moon.

The eclipse (Penumbral Lunar Eclipse) will be visible in Pakistan and various other countries.

The lunar eclipse is expected to take place from around 10.00 pm to 2.00 am Pakistan Standard Time (PST).

The ISPA official said that weather will be partly cloudy on the night between 10 and 11 January, private news channels reported.

During the eclipse, 90 per cent of the moon’s surface will partially be covered by the Earth with only the outer part of the shadow appearing.

It will not be visible in the United States, central Canada and a majority of South America.

In total, four such penumbral lunar eclipses are expected to take place in 2020 with the first one on January 10, 2020. In simple terms, a lunar eclipse takes place on a full moon when the Earth’s satellite passes through the planet’s shadow.

However in a total lunar eclipse, the entire Moon is located in the Earth’s umbra or dark shadow, and this, in turn, makes the Moon appears red in color.

Nor is this a partial eclipse, where a small part of the Moon is inside the Earth’s umbra.

The other lunar eclipse this year will occur on June 5, July 5 and November 30.