Instagram's most liked egg is actually an advert for mental health 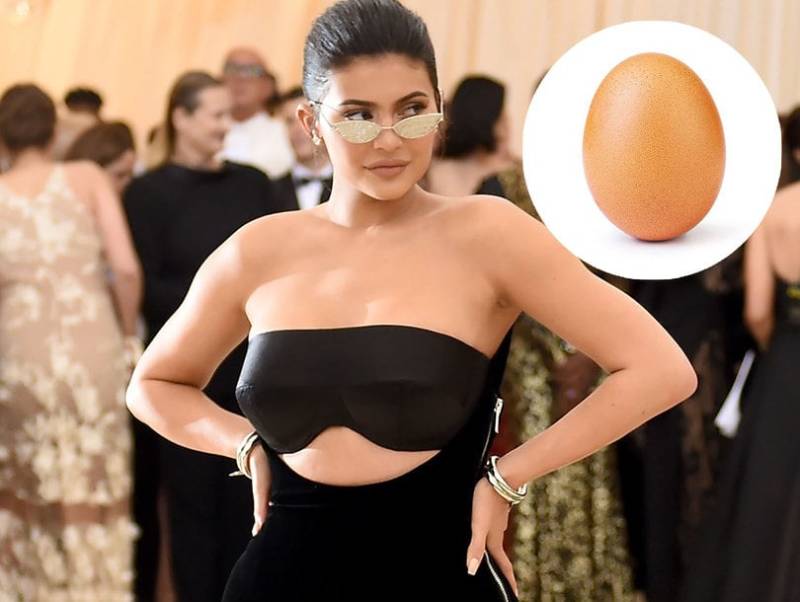 LAHORE - Hollywood star Kylie Jenner lost the world record of having the most ‘likes’ on a photo on Instagram. The surprising photo that had defeated Kylie’s record is the image of an egg.

The photo posted online by the ‘egg gang’ to the account world_record_egg on January 4, received 21 million ‘likes’ as of this morning – beating the previous record of 18 million that was held by Kylie Jenner’s picture of her daughter Stormi.

“Let’s set a world record together and get the most liked post on Instagram. Beating the current world record held by Kylie Jenner (18 million)! We got this,” stated in the post.

It took just nine days for Eugene the egg to surpass the reality TV star's picture of her holding hands with newborn daughter, Stormi.

According to BBC News, It has been revealed that the picture of an egg - which is Instagram's most liked photo ever - is part of a mental health awareness campaign.

Eugene, has now cracked, after "feeling the pressure" of all the attention it's received.

A message posted alongside the broken egg advises people to seek help if they feel the same way.

More than 52 million people have now liked the original picture which was posted in January.

When the first picture of the egg appeared on Instagram it appeared to be with the sole aim of dethroning Kylie Jenner as the "Queen of Instagram".

A message on the latest image reads: "Phew! I feel so much better now. If you're feeling the pressure, visit talkingegg.info to find out more. Let's build this list together."

A link then leads followers onto a website featuring a list of countries and mental health services available to people in those countries.

The account says the aim of the Public Service Announcement (PSA) was to continue to grow the list.