Rangers likely to get extension of police powers in Sindh 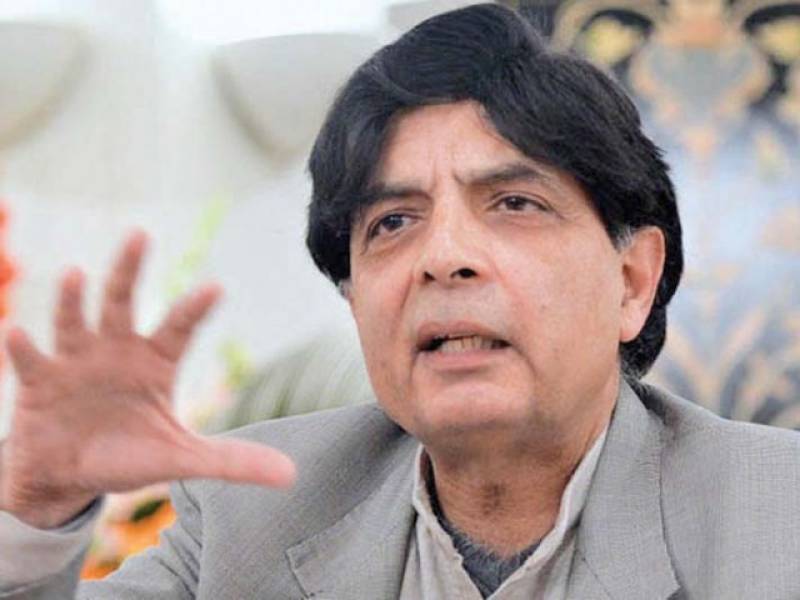 The federal government had first decided to keep the Rangers in Sindh for 24 hours in the wake of Youm-e-Ali (R.A) and then to withdraw it from the province, Nisar said while addressing a press conference.

However, he added that he talked to Sindh Chief Minister Qaim Ali Shah after which he hoped that the province would bring a new requisition before expiry of the previous notification.

“I have lately talked to Sindh Chief Minister and I hope the Sindh government would bring a new requisition tonight,” Nisar said while addressing a press conference.

“It is a responsibility of the federal government to address the concerns of the Sindh government regarding ongoing targeted operation against criminal elements,” he added.

He appreciated the role of the Rangers in maintaining peace in the metropolis, Samma TV reported.

“If anyone has any doubts about the role of Rangers, he should ask the people of Karachi,” Nisar said.

The interior minister told media that officials of London metropolitan police are still in Pakistan and interrogation with the key suspect Moazzam Ali has already completed.

“Our joint investigation team is also taking part in interrogation along with the British officials,” he said.

He said that the Britain would be given access to only one suspect before Eid.