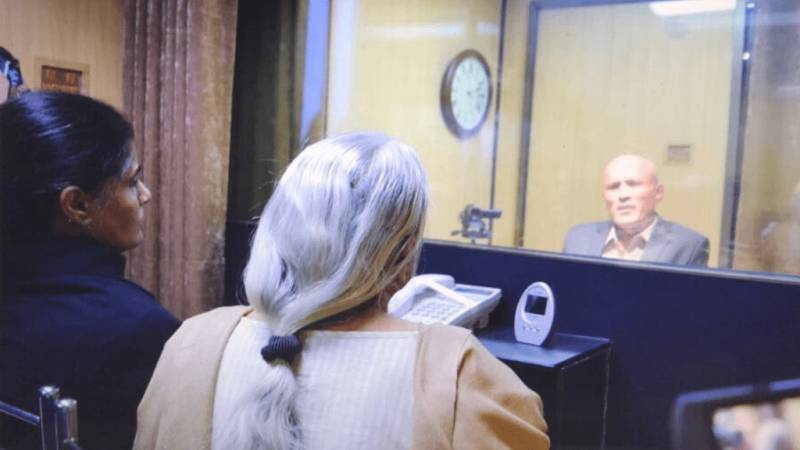 ISLAMABAD – Pakistan has enacted an ordinance to provide opportunity to Indian spy Kulbhushan Jadhav to file a review petition against his sentence and conviction.

This was stated by Director General South Asia at the Foreign Office Zahid Hafeez and Additional Attorney General of Pakistan Ahmad Irfan while addressing a news conference in Islamabad on Wednesday.

The DG South Asia said a petition for review and reconsideration can be filed by Kulbhushan Jadhav, his legally authorized representative or a consular officer of the Indian High Commission at Islamabad High Court.

Zahid Hafeez said Pakistan has offered to assist in arranging legal representative for the Raw Agent.

The DG South Asia said Pakistan has repeatedly written to the Indian High Commission inviting it to initiate the process of review and reconsideration of the sentence and conviction of Kulbhushan Jadhav.

He said instead of using dilatory tactics and playing politics over the issue, India should follow the due legal course and cooperate with the courts in Pakistan to give effect to the judgment of the International Court of Justice.

Zahid Hafeez said Pakistan is fully cognizant of its international obligations and committed to implement the ICJ judgment on Kulbhushan Jadhav.

Responding to a question, the DG South Asia said that Pakistan has offered second consular access to India. He said we have also offered a meeting of Kulbhushan Jadhav with his wife and father as well.

The DG South Asia said that India has been committing state terrorism within Pakistan. He said we have shared evidence with the international community in this regard which also recognizes that India has become a source of terrorism. “We will continue to expose true Indian face before the world,” he added.

Jadhav — a serving commander of the Indian Navy associated with Indian spy agency Research and Analysis Wing — was arrested on March 3, 2016, from Balochistan on allegations of espionage and terrorism.

During proceedings in a military court, the Indian spy had confessed to his involvement in terrorist plots. He was subsequently sentenced to death in 2017. However, India insisted that Jadhav was not a spy and said he was kidnapped from Iran.

On April 10, 2017, Army Chief Gen Qamar Bajwa approved his death penalty for Jadhav. In June 2017, the Indian spy had filed a mercy petition against the death penalty, in which he again confessed to his involvement in terrorist activities.

However, before Pakistani authorities could make a final decision, the International Court of Justice (ICJ), after being approached by India, had ordered a stay in his execution through an interim order.