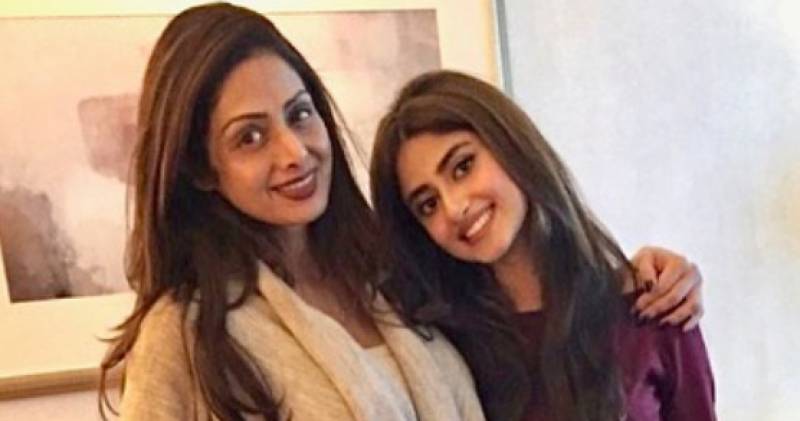 Famous actor, Sajal Aly, who made her Bollywood debut with Sridevi, posted a heartfelt post on Instagram to celebrate completing three years of 'Mom'.

Posting some adorable pictures from the set of the film, Sajal recalled her last encounter with Sri Devi."There are some experiences that, no matter how much time goes by, you can never forget," she wrote.

“More often than not, people think that an actor’s life is easy. But not everyone thinks about the things we leave behind when we commit to a character,” she continued. “We commit a portion of our lives to a project, and in the process put our own lives on pause. That can sometimes be the most difficult thing.”

“For me, Mom was not a film, but a portion of my life I will never forget.Three years of #MOM,” Sajal concluded.

Sridevi and Adnan Siddiqui played a married couple in the film, with Sajal, essaying the role of their rebellious teenage daughter, Arya.