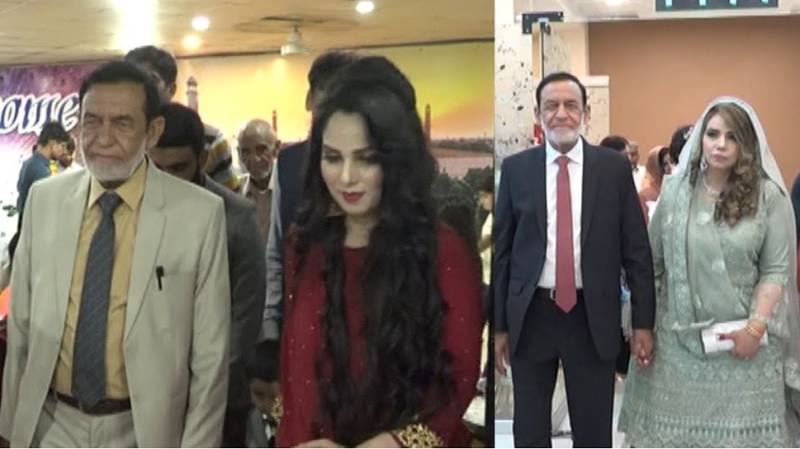 The news of a 70 years old professor’s second marriage, which was set up by his children and grandchildren, has gone viral on the mainstream and social media in Pakistan.

Prof Gulzar tied the knot for the second time at a traditional ceremony in Islamabad years after his first wife passed away. The lavish celebrations were organised by the families of the bride and the groom and attended by a large number of guests. The pre-wedding ceremonies lasted for several weeks with Prof Gulzar’s children and grandchildren fully enjoying the occasion.

“This is me, this is our grandfather and we are setting up his marriage,” said Gulzar's granddaughter.

Prof Gulzar’s sons were worried for him after his wife’s death, but now they are hopeful that his marriage will eliminate his sense of loneliness.

The 70-year-old candidly revealed that becoming a groom again was a far cry from what he dreamed of, but his children started a campaign to get him married again.

Bride Nuzhat Yasmeen talked in detail about how the marriage became a reality. She said, “I am the choice of Gulzar’s daughter-in-law Zainab. I just want to say wish me a happy marital life.”

A brief meeting led to an agreement on both sides and the rest is history. As soon as Yasmeen agreed to make Prof Gulzar her life partner, the two families worked together to set up the wedding ceremony.

KANPUR: A man in the Uttar Pradesh state of India filed an FIR against his in-laws for deceiving him as he discovered ...