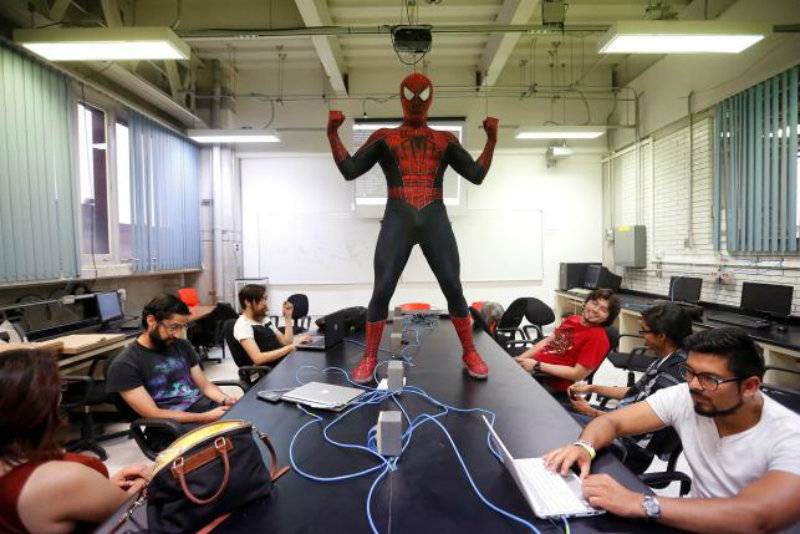 Moises Vazquez, 26, came up with this novel way to get his students' attention - giving lessons dressed as Spiderman. 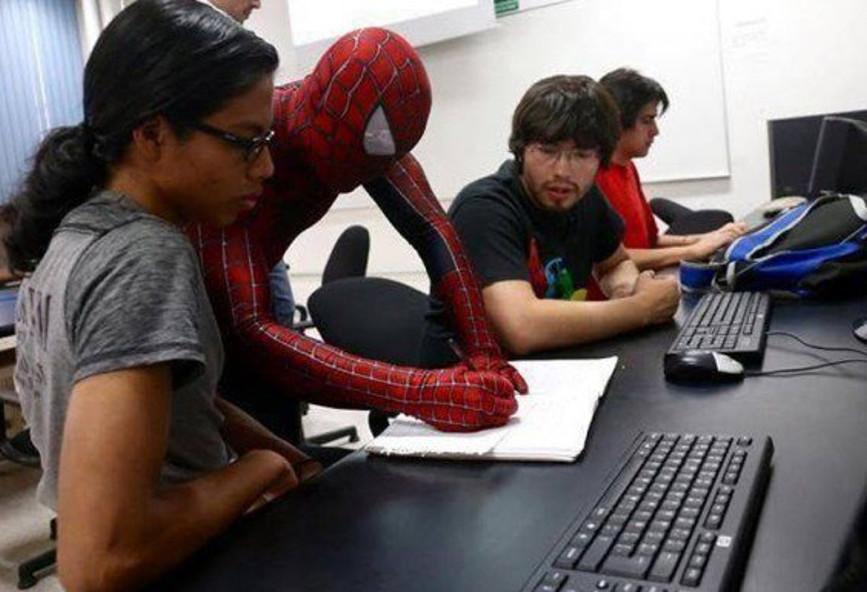 Vazquez says he was inspired to pull on the tight blue and red suit of the superhero after reading in comics that the Marvel character behind the mask, Peter Parker, worked as a science teacher after his time as a freelance photographer, the Oddity Central reports.

"I do the same job as anyone else, I don't think it's the best class in the world just because I put on a suit. But I assure you I want to be the most honest and dedicated there is, I just want to make the classroom a better place," he said.

It all started in 2002, when the blockbuster movie Spiderman, featuring Tobey Maguire, started screening in Mexico. 12-year-old Moises Vazquez Reyes instantly fell in love with the Marvel superhero and even started working on his own Spiderman outfit, after failing to find one that fit his high standards.

He used online tutorials as inspiration, but it wasn’t an easy job for a young boy. Moises finally finished his dream Spiderman costume in 2014, the same year he started reading more comics about his favorite character.

One day he stumbled upon the Amazing Spiderman # 661 in which the popular superhero offers to be a substitute teacher at the Avengers Academy. He thought to himself “not a bad idea, wouldn’t it be great if Spiderman gave classes in computer science?” 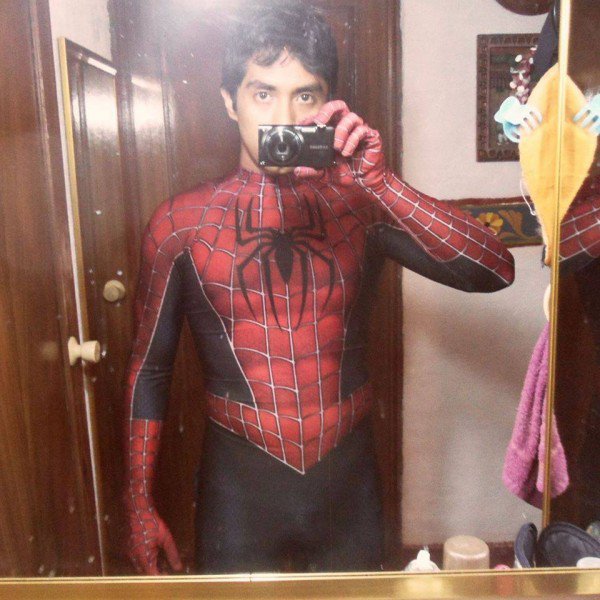 When giving class at the National Autonomous University of Mexico as the superhero, Vazquez leaves home in eastern Mexico City with his mother's blessing, and rides in public transport to the prestigious seat of learning dressed as Spidey.

Vazquez's family originally thought that pretending to be Spiderman could hurt his career when he started donning the suit for class a year and a half ago - but instead the unusual move has gone down well with students and other teachers, he said.

"Obviously they reacted with surprise, but they were happy too," Vazquez added. "Everyone was smiling at me."

On the streets of the megalopolis, people are generally surprised to learn the Mexican superhero is a university lecturer, assuming that his outfit is part of a film shoot. 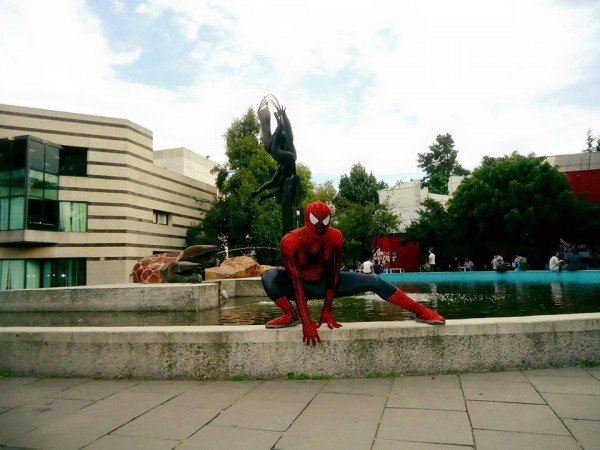 Moises has been working as a teacher at the National Autonomous University of Mexico for the last two years, teaching various courses like computer logic, higher algebra and programming languages. He doesn’t always do it dressed as Spiderman, but whenever the students have an exam or he wants to talk about something important, he dons the blue-and-red spandex costume to relieve the pressure and catch the attention of his class. 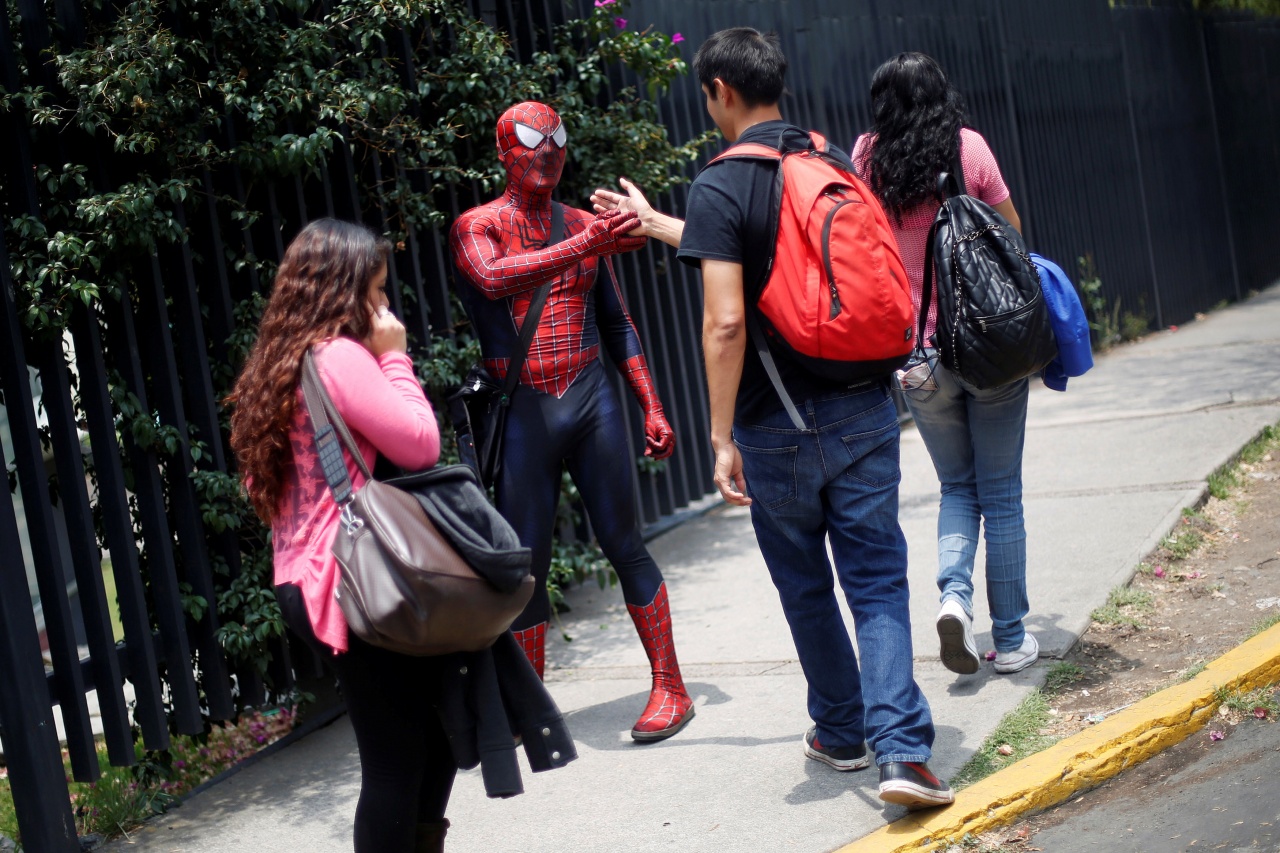 As photos and videos of this unlikely Spiderman clearly show, Moises doesn’t put his superhero outfit on at school. He actually dresses up at home and rides the subway dressed as Spidey all the way to work. When people hear he’s actually a University professor, most of them act surprised, as their initial impression is that the costume is meant for a film shoot.