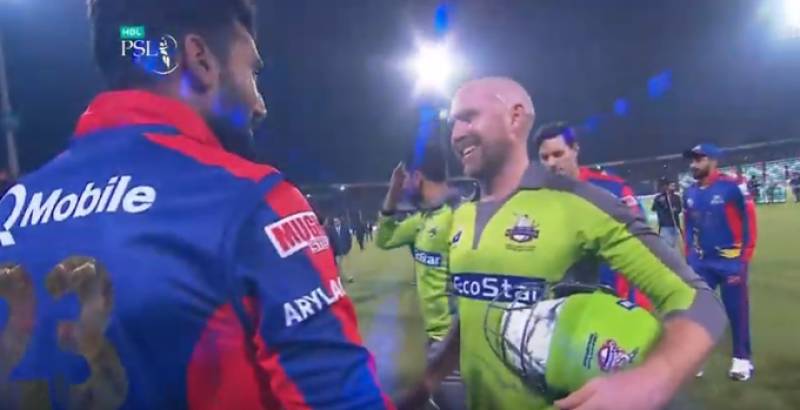 LAHORE - Lahore Qalandars comfortably sailed to an 8-wicket victory against Karachi Kings in the 23rd match of this year's Pakistan Super League (PSL) at Qaddafi Stadium on Sunday.

Chasing a target of 188 runs, Qalandars finished the game with 5 balls left.

For Qalandars, Mohammad Hafeez is the top scorer with 123 runs with a best of 98*. Samit Patel and Ben Dunk, the heroes of last night's games, have both scored 121 runs each.

In the bowling department, Dilbar Hussain and Shaheen Shah Afridi have both picked six wickets each for the Qalandars.

For the Kings, Babar Azam is leading the batting charts with 187 runs. Alex Hales is the other one pouring in the runs with 159 runs.

Among the bowlers, Mohammad Amir has been impressive with nine wickets and a best of 4-25.