PM Nawaz to visit Zardari this month in London 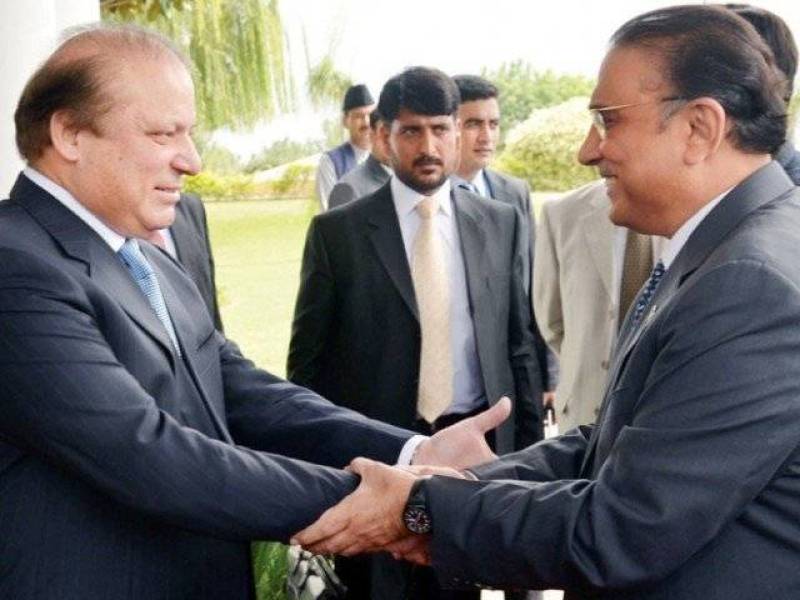 LAHORE (Web Desk) - Prime Minister Nawaz Sharif will head to London for a medical check-up after May 20, official sources said.

It is also expected that during his trip PM Nawaz will discussthe overall political scenario of the country in the wake of the Panama Papers with PPP co-chairman Asif Ali Zardari , Express Tribune reported on Sunday.

PM Nawaz is likely to discuss the Terms Of References (ToRs) put forward by the opposition and the ones suggested by the government. “It will be the second meeting of both the leaders on the Panama leaks issue,” the official said.

According to reports, it is likely that the two leaders might devise a strategy to help mitigate the opposition pressure on the PM and his government, he said. During his last visit to London, Nawaz had met Zardari at Churchill Hotel though the meeting was kept secret.