Actress Iqra Aziz in trouble after getting a legal notice 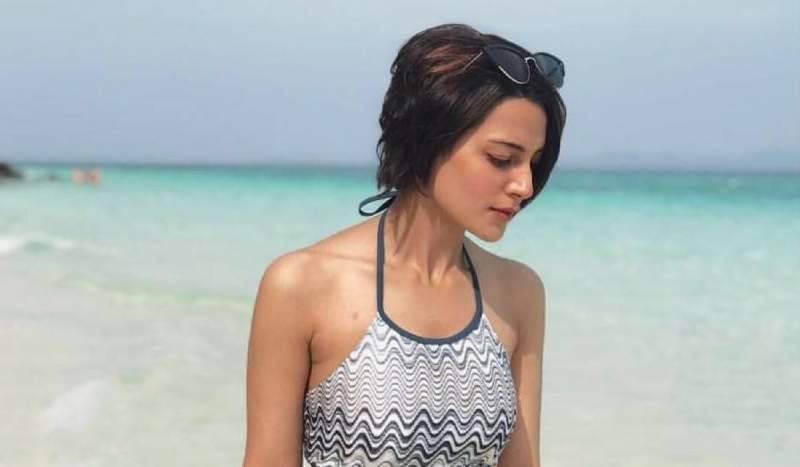 KARACHI- Iqra Aziz started her career as a model and TV actress in 2013. She has been a part of many Hum TV serials. Recently, the TV actress was being served with a legal notice as she has violated the rules and regulations of a contract with the talent agency named as 'Citrus Talent'.

The CEO of the talent agency mentioned that his legal advisor sent a notice to Iqra as "She neglected the Talent Exclusivity Agreement dated 14 June 2017 and bypassed Citrus Talent by locking an ad through Ms. Maida Azmat of Mint PR and Image Consultancy".

He further explained  that this was “done despite the fact that Iqra and Maida were repeatedly reminded about the contractual obligations of Iqra towards Citrus Talent.”A legal notice has also been issued to Maida Azmat for “torturous interference and inducing Iqra Aziz to breach exclusivity contract.

Fahad was highly disappointed by both the ladies for their recent unprofessional acts. 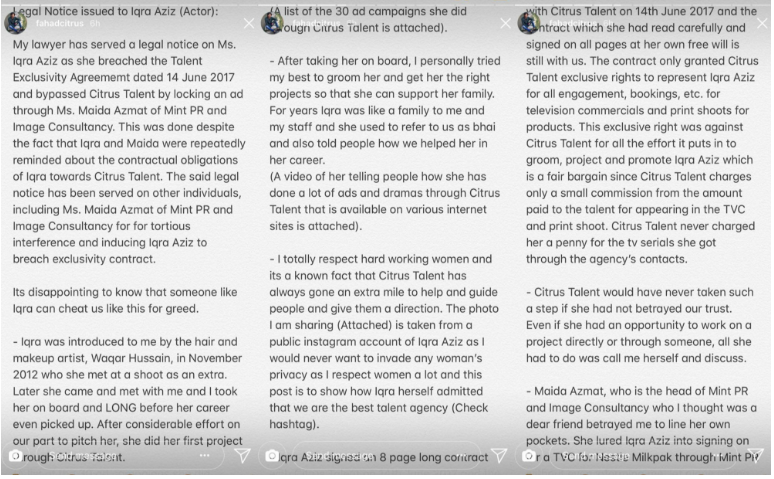 He expressed that it was his agency who actually introduced Iqra Aziz to Pakistan's showbiz. He said that "Iqra was first introduced to me by the hair and makeup artist, Waqar Hussain, in November 2012 who she met at a shoot as an extra. Later she came and met with me and I took her on board and LONG before her career even picked up…she did her first project through Citrus Talent,” 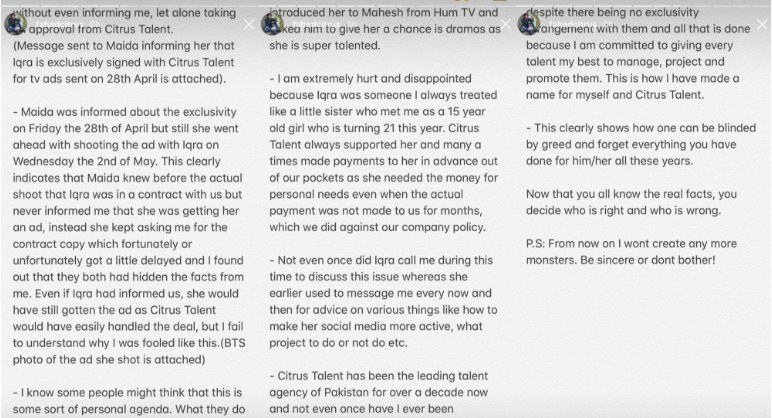 The CEO added that he personally groomed the model and treated her like family and sometimes even made her payments in advance from his own pocket when she needed it. 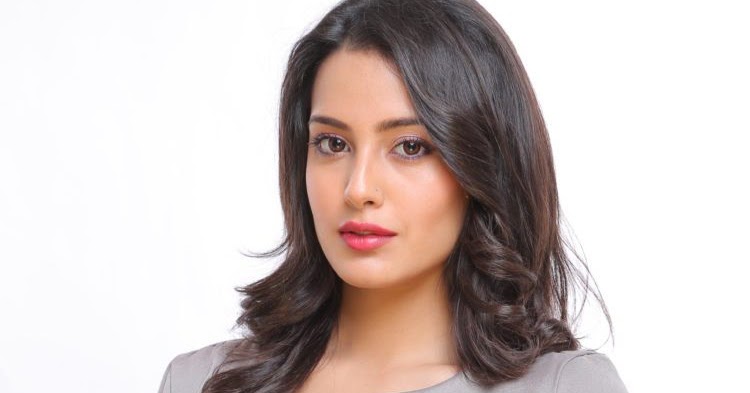 The company is demanding the damage refund from the actress and claims that it will not cause any negative effect on the actress' career.

Iqra Aziz has not responded to the matter yet and has kept silent.