As per reports,Dabangg 3 makers dropped Khan's voice for Naina song 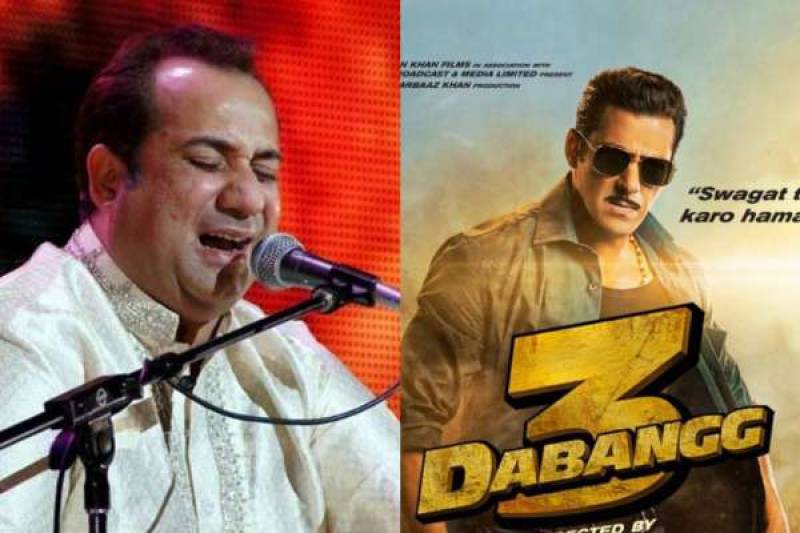 LAHORE - Bollywood star Salman Khan and the entire team has dropped RFAK's voice and replaced it with another singer for the upcoming Dabangg's franchise. It is mainly due to the tensions between India and Pakistan.

The upcoming sequel also had Rahat Sahab's soothing voice. However, the new ‘Tose Naina Lade' track is said to have replaced the legendary singer with an Indian singer Javed Ali.

A source had revealed that Dabangg films songs have been hits and the Dabangg 3 album is no exception. One of the reasons why the Naina songs of part 1 and 2 worked so well is because of Rahat Fateh Ali Khan's melodious voice," as reported by Bollywood Hungama.

The report further added, “Salman Khan got him on board for the romantic track of Dabangg 3 as well. The recording went well and everyone was happy with the outcome, including music director duo Sajid-Wajid. However, the tensions then increased between India and Pakistan. An unofficial decision was taken that the industry should stop working with singers from across the border. Since Rahat Saab is Pakistani, Salman and the entire team decided to drop his voice and replace it with that of another singer".

Here is the video for Tose Naina Lade sung by Ali:

Have anything to add? State in the comments section below.