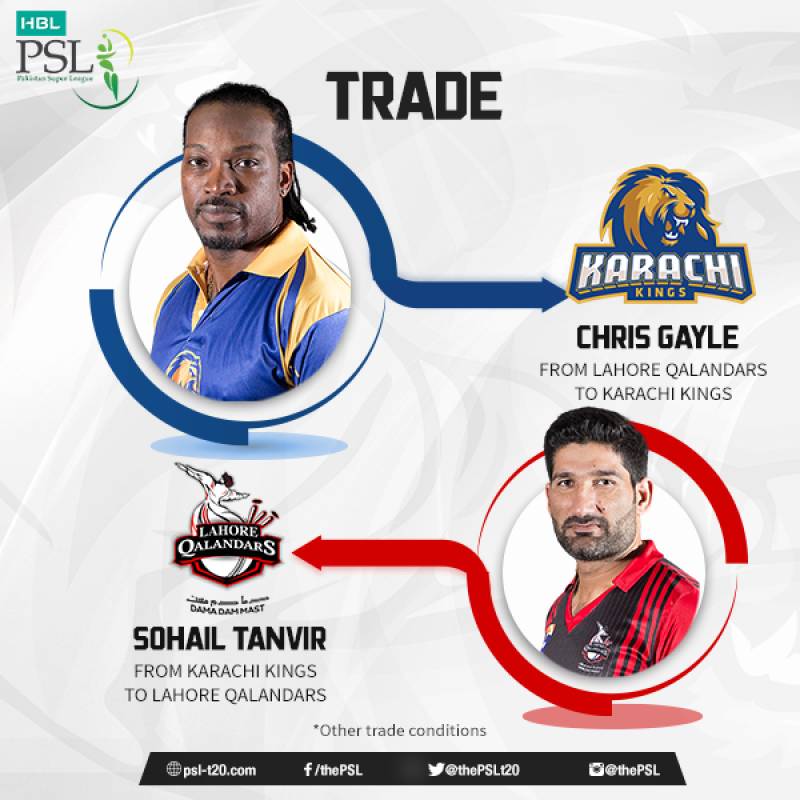 KARACHI (Web Desk) - Sohail Tanvir and Chris Gayle have both been traded, with Tanvir joining Lahore Qalandars camp while Karachi Kings has roped in Chris Gayle for upcoming edition of Pakistan Super League.

Former Sri Lankan skipper  Kumar Sangakkara has also agreed to join Karachi Kings. He might be involved in a player-coach sort of a role with the side owing to his experience, Pakistan Super League said.

And NOW! The BLOCKBUSTER trade of the off-season: @henrygayle goes to @KarachiKingsARY in trade for ace @sohailmalik614 to @lahoreqalandars! pic.twitter.com/sQoyqwWn69

A total of 5 teams would face each other for the cricketing tussle. Each team would pick 11 players from a total of 16.

Preparations are in full swing for the biggest League tournament in the country slated to begin by February next year. The PCB officials are mulling hard to organise the final of PSL 2017 in provincial capital Lahore as major portion of the tournament would be conducted in UAE.