Hate crime surge in US as Sikh man faces attack 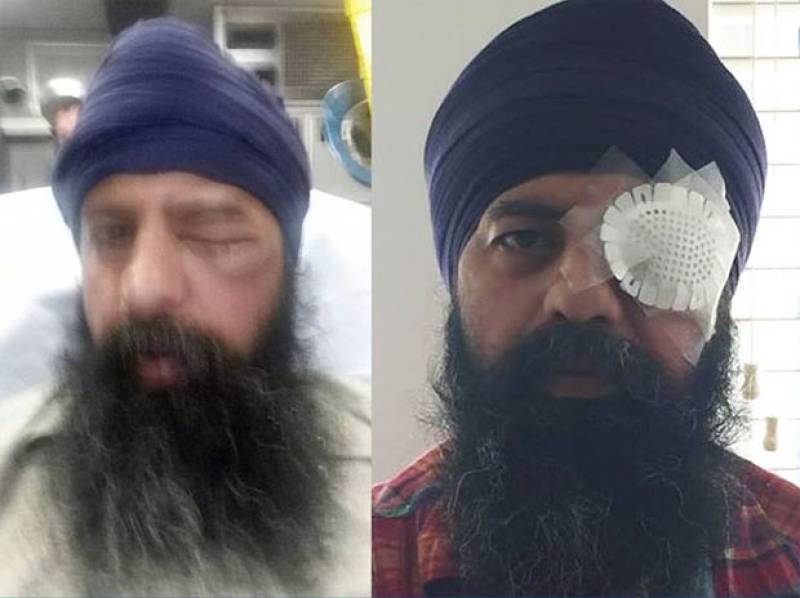 RICHMOND (Web Desk) - In an apparently xenophobic assault, a Sikh man was abused before being attacked while he was on his way to home in California on September 25.

According to the details, the california based I.T expert came under assault by a group of young individuals who first kjnocked off his turban and afterwards cut the unshorn hairs before physically pouncing upon Maan Singh Khaalsa.

The 41-year-old expressed that a group of some five to six white males in their late 20s abused him and three of them resorted to physical torture. Mr Khalsa sustained injuries to his fingers, hands, eye and teeth.

"The attackers caused physical injuries and deep harm when they targeted my Sikh faith," Mr Khalsa said in a press statement released by the Sikh Coalition.

"I urge a thorough investigation so we can address the tide of violence and bigotry in this country." he added.

The incident stirred outrage among the local Sikh community that later prompted a civil rights organisation to demand a hate crime investigation into the incident.

"Khalsa drove away from the scene but the men followed him and assaulted him through his open car window, knocking off his Sikh turban and hitting his face repeatedly," according to a statement from The Sikh Coalition, the nation's largest Sikh civil rights organisation.

"The purpose of a hate crime investigation and prosecution is to ensure that our government and communities accurately account for the problem of bias in our society," Ms Kaur said.

Xenophobia is on the rise in US. Multiple cases of attacks on Sikhs and Muslims have been reported in the recent past. Psychologists are of the view that the racist slurs hurled by the presidential candidates during the campaigns fueled fire to the racist attacks.