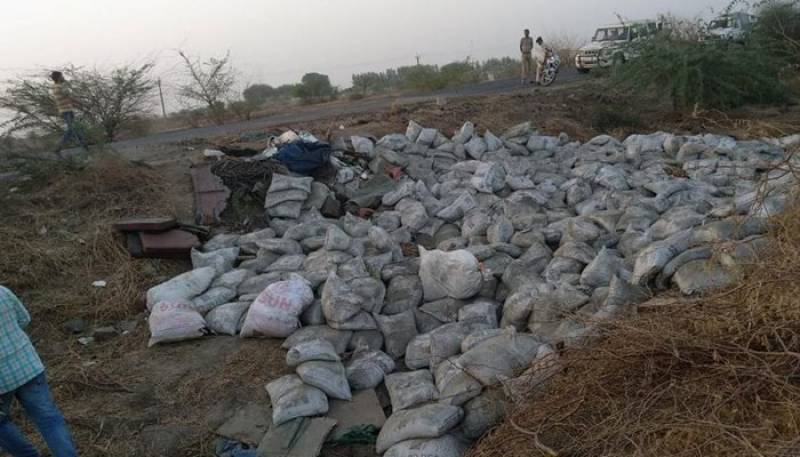 NEW DELHI - The overturning of a truck in India killed 19 laborers and injured six others who were crushed under cement sacks that fell from the vehicle as it toppled.

According to media reports, the deadly incident happened on a busy highway in western Gujarat state whose roads are prone to fatal traffic mishaps.

Police superintendent RV Asari told media that 19 persons including 12 women, three teenagers and four men were killed when the truck coming from Pipavav Port overturned on the Ahmedabad-Dholera highway.

All the deceased were laborers going to work in fields in Anand district; they were buried under the cement sacks after the truck overturned, he added.

Asari said it appeared that the driver slept which caused the truck to veer off the road and flip over, adding that the police were investigating the causes of this tragic incident.

India has some of the world's deadliest roads, claiming the lives of more than 150,000 people each year and most accidents are blamed on poor roads, badly maintained vehicles and reckless driving.