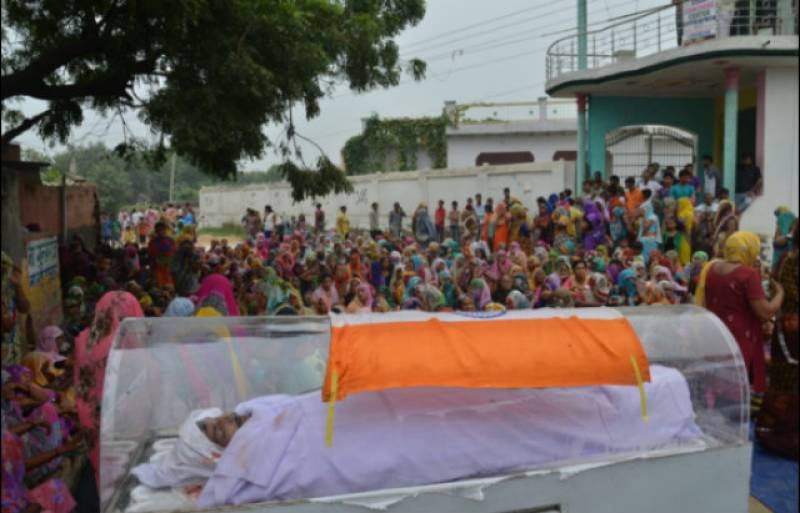 BISARA – Situtation was tense in Uttar Pradesh on Saturday as the family of a 22-year-old murder accused refused to cremate his body till they are given one crore in compensation and action is taken against the jailer at the prison where he was lodged.

Ravi Sisodia was one of 18 people arrested last year for the murder of Mohammad Akhlaq, 50, over suspicion that he had stored and eaten beef. The mob murder had led to weeks of communal tension in the area, not far from capital Delhi. 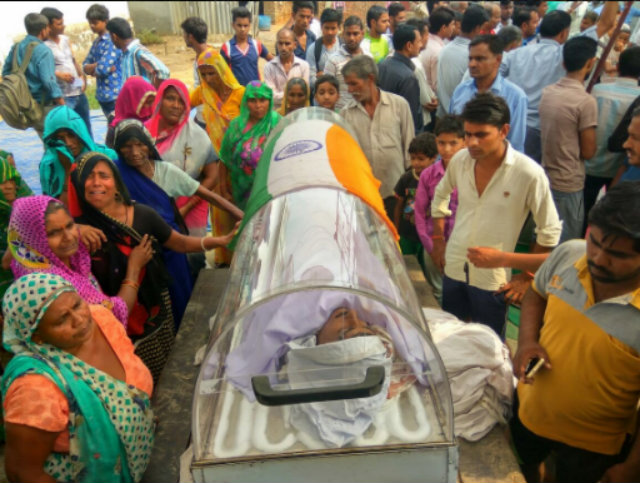 Angry residents of Ravi's Bisara village kept his body in a deep-freeze casket under the Indian flag, the NDTV reported.

Ravi's family wants a CBI investigation into his death. It has rejected the two probes ordered by the UP government and its offer of Rs10 lakh to Ravi's wife.

The villagers have also demanded the arrest of Mohammad Akhlaq's brother, Jaan Mohammad, who has been named along with other members of his family in a case of alleged cow slaughter.

The young man's body was brought to his village last night after a post mortem, which will establish cause of death. The police have not made the post mortem report public yet.

Ravi's family has alleged that "he was kept in a separate cell by jail authorities and mercilessly beaten up by some police officials inside jail on September 30". They also said they suspect he was poisoned. The UP Police deny those allegations. They have claimed that Ravi had high fever and died from suspected dengue. In an apparent attempt to pacify villagers, the jailer S K Pandey has been transferred to Lucknow.

Of the 18 people arrested last year for Mohammad Akhlaq's murder, three minors were given bail. Those in prison include a local BJP leader Sanjay Rana's son, Vishal.