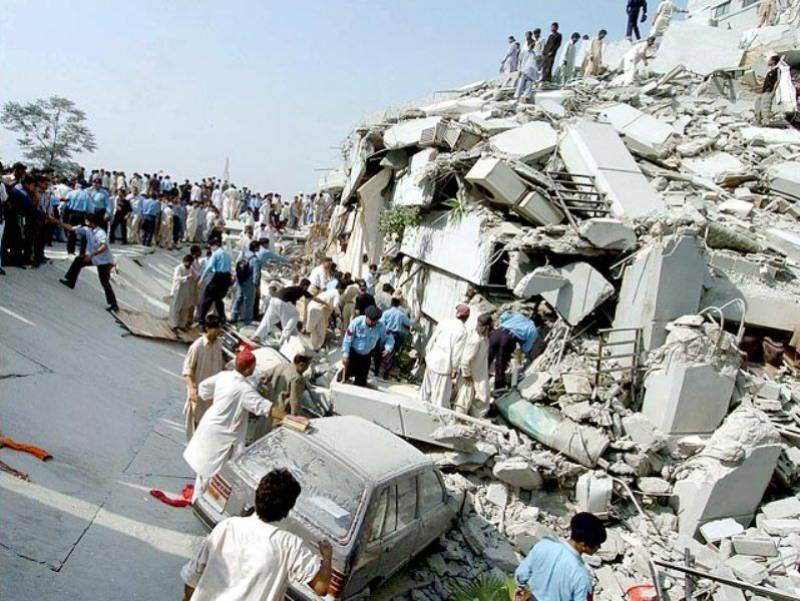 ISLAMABAD – Pakistan on Friday observed the 16th anniversary of October 8, 2005, deadly earthquake in which over 73,000 people were killed.

October 8 is observed as the National Resilience Day in the country to express solidarity with the people of Azad Jammu and Kashmir, Khyber Pakhtunkhwa and Islamabad who lost their near and dear ones in devastated October 2005 earthquake.

In his message on the National Resilience Day being observed today (Friday), President Alvi said we reaffirm our resolve to continue to invest our energies in this direction to make our future generations safer.

“Government is determined to make community resilient, build the capacity of departments like the National Disaster Management Authority and make Pakistan a prosperous and stronger country,” Alvi added.

The president said people of Pakistan faced disasters with courage and resilience, however, there is a strong need for unrelenting efforts to boost our capabilities, understand the role of climate change and global warming in causing fires, heat-waves, floods and cyclones.

The catastrophic earthquake resulted in the loss of thousands of human lives, besides affecting livelihoods of the people and damaging the health, education and road infrastructure of the country.

QUETTA – A 5.9 magnitude strong earthquake has killed at least 20 people and injured more than 300 others in ...