Earthquake kills at least 20, injures over 300 in Balochistan 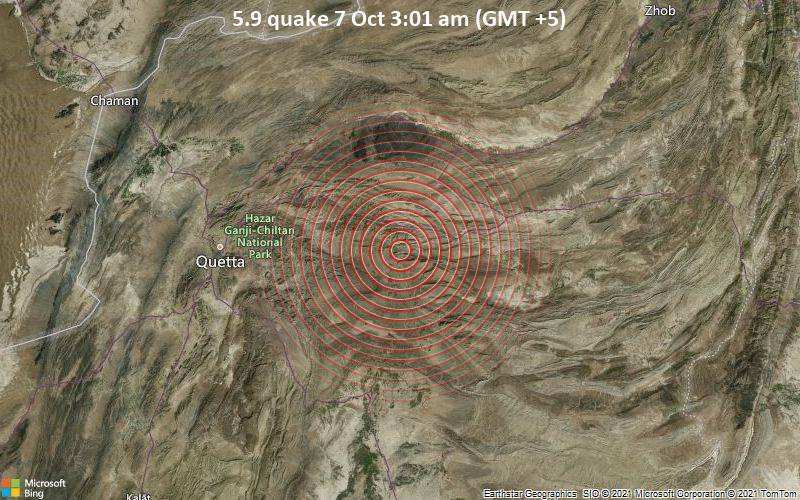 QUETTA – A 5.9 magnitude strong earthquake has killed at least 20 people and injured more than 300 others in Balochistan early Thursday morning, shaking different parts of the southwestern province.

According to preliminary data, the quake was located at a shallow depth of 10 km. Shallow earthquakes are felt more strongly than deeper ones as they are closer to the surface.

Rescue teams from @PDMABalochistan have been moved to #Harnai PEOC PDMA Balochistan is in touch with all districts and getting data of damages #earthquake #balochistan pic.twitter.com/TZGkqONTM0

All assistance and evacuations are underway for the #harnaiearthquake

According to the provincial government, the PDMA has sent heavy machinery and rescue teams to the affected areas from Quetta.

Relief and rescue activities are underway with emergency declared in all hospitals.