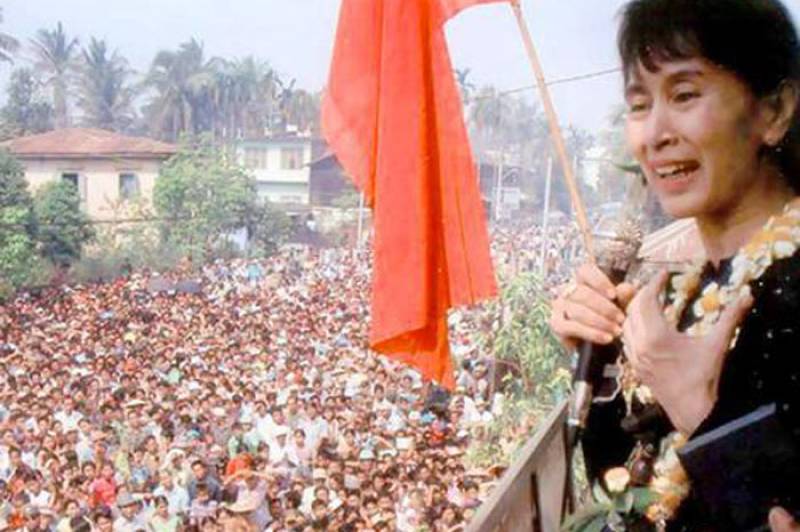 There was a time when Aung San Suu Kyi was seen as Asia's Nelson Mandela. So why is the Nobel Peace Prize winner's political party excluding Muslims from its list of candidates for November's general election?

Sithu Maung had high hopes that he'd be chosen as a candidate for NLD and be part of a historic electoral victory.

At 29, he's perhaps a bit young, but otherwise he ticked all the right boxes.

A prominent student leader, he'd done time as a political prisoner after taking part in the Saffron Revolution - a series of often monk-led protests in late 2007.

He targeted the Pabedan constituency in downtown Yangon. The area has a Muslim majority, which he figured would be a great fit for a Muslim candidate like himself.

But the NLD rejected Sithu Maung and a Buddhist candidate will be on the ballot instead.

He told BBC he was sure that his religion had played a part.

"I wish the NLD would give a fair and equal chance to all qualified candidates," he said. "Without discriminating by their race and religion. "