Gorilla loves photos! Gestures man to scroll to next picture 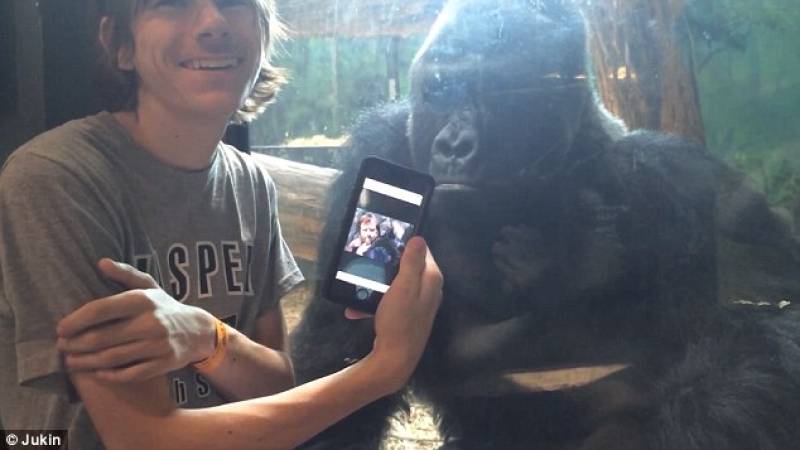 LOUISVILLE (Web Desk) - It's not just us humans that are addicted to mobile phones. A gorilla in a U.S zoo became engrossed in an iPhone, when a zoo-goer showed him photos.

The clip, which emerged on YouTube, features a man sitting on the other side of the safety glass from a gorilla named Jelani at Louisville Zoo, reported Mail Online.

The man holds his phone up against the window and scrolls through photographs while the enormous ape watches attentively.

Later the man leans up against the wall alongside the glass and rather adorably the gorilla does the same from the other side.

The video maker later said: 'I stumbled upon the boy sharing pictures with Jelani touring the zoo with my one-year-old daughter.

'The boy was scrolling through gorilla pictures, and Jelani would motion with his hand to move to the next photo. Both seemed to really enjoy sharing the experience.'