Death toll from rain-related incidents in KP rises to 90 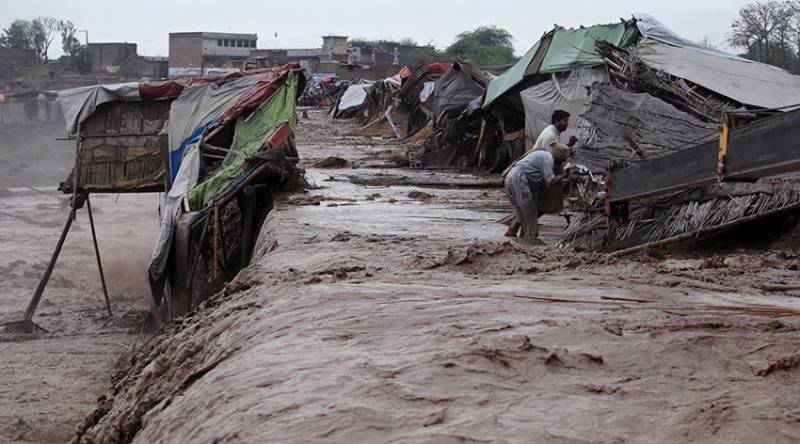 According to the latest report of PDMA Khyber Pakhtunkhwa, thirty seven people died in Kohistan, seventeen in Shangla, thirteen in Swat and six in Upper Dir.

Three persons died in Mardan and two each in Bannu, Batagram, Chitral and Lower Dir. Similarly, one person each died in Abbottabad, Buner Charsadda, Malakand, Mansehra and Peshawar.

Owners of completely damaged houses will get one hundred thousand rupees while those of partially damaged will get fifty thousand.

The engineers of Frontier Works Organization are working to open Shangla-Basham Road, which was blocked at Karora due to land sliding.