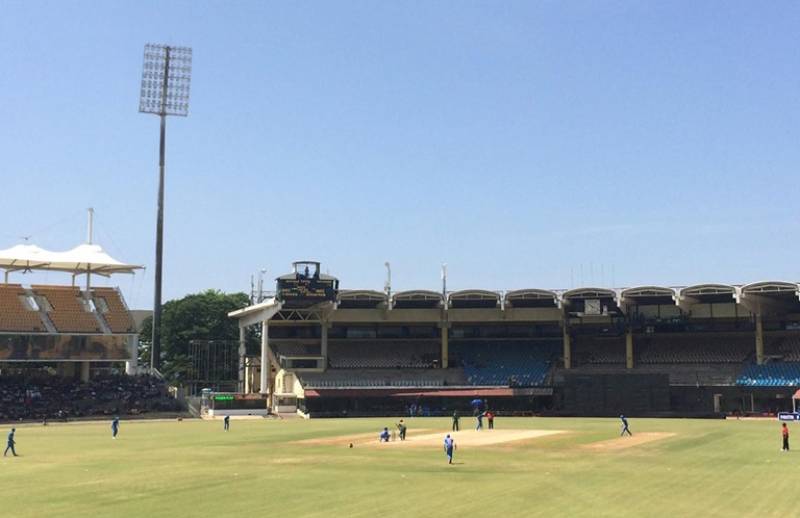 CHENNAI (Web Desk) - As many as ten players of South Africa 'A' squad touring India have been hospitalized due to food poisoning before, during and after a one-day game against hosts, which afterwards pushed administration to change the schedule of ongoing tri-series.

The extraordinary situation led South Africa A to use video analyst Henrikus Coertzen in the field, as well as India A’s Mandeep Singh, to finish the ongoing game.

Furthermore Reeza Hendricks, Khaya Zondo and Mthokozisi Shezi took their place in the playing XI despite being among those to feel ill, however, they all had to be taken to hospital during the course of the match.

The host team, India, earned a bonus point in a comprehensive eight-wicket win with 12 overs to spare, despite a sparkling century from opening batsman Quinton de Kock, who was also hospitalized after the match.

South Africa A ended up posting a target of 245 from their 50 overs at M.A. Chidambaram Stadium with wicketkeeper-batsman Dane Vilas’ knock of 50 from 50 balls the only meaningful support for de Kock (108 off 124).

Allrounder Rishi Dhawan was the pick of the bowlers for India A to finish with figures of 4-49 from his 10 overs.

Mayank Agarwal (130 off 122) and Unmukt Chand (90 off 94) made light work of the run chase as they compiled an opening stand of 219 in less than 35 overs against a depleted South African bowling attack.

It was India A’s first victory in the tri-series after they suffered an emphatic 119-run defeat to the Australians on Friday.