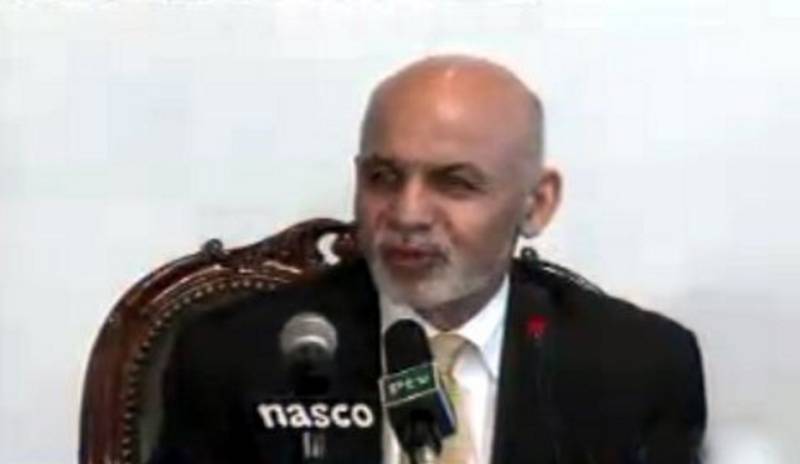 ISLAMABAD (Staff Report) - Afghan President Ashraf Ghani Wednesday said that Afghanistan wants to have cordial relations with Pakistan and is thankful to the latter for hosting millions of refugees on its land for decades.

Addressing the inaugural session of Heart of Asia-Istanbul Process in Islamabad, Ghani went on to say that his country remained directly or indirectly involved in seven war consecutively and today Afghan nation is fighting terrorism and poverty at the same time.

He said that militants groups from all regional countries moved Afghanistan and became a great threat to world's peace, whole region and global powers need to play their role in stablisation of Afghanistan is fight the war of whole world. When Pakistan started operation Zarb-e-Azb the local militants rushed into Afghanistan, he further added.

Afghan President urged world community to fight terrorism jointly while adding that local Afghan fighters will have to lay arms and participate in political process to gain power.

Thanking Pakistan for hosting Afghan refugees, Ashraf Ghani said that it is the problem of both countries as Afghanistan was also hosting hundreds of thousands of Pakistani tribesmen on its land.

Commenting about the threat of Islamic State militant group, he said if al-Qaeda was version 1 of terrorism then the ISIS is version 6 which is much dangerous for the world.

I hope the Heart of Asia-Istanbul Process would become a source of regional cooperation and prosperity in the region as it brought the leaders on same table to discuss out problems, he said.

On the occasion he also informed the participants that Afghanistan is going to sign multiple treaties with central Asian countries to import electricity and enhance trading ties.

Afghanistan has decided to give an extensive importance to its ties with China for economic growth and stabilisation in the region, he added.

The Heart of Asia-Istanbul Process was established in 2011 at the initiative of Afghanistan and Turkey.

The main objective of the Process is to foster efforts for regional cooperation and connectivity with a view to promoting long-term peace and stability as well as progress and development in Afghanistan, and the region.

Ashraf Ghani is also expected to hold dialogue with top Pakistani leadership during the trip, where a breakthrough is expected about resumption of stalled Afghan peace dialogue.