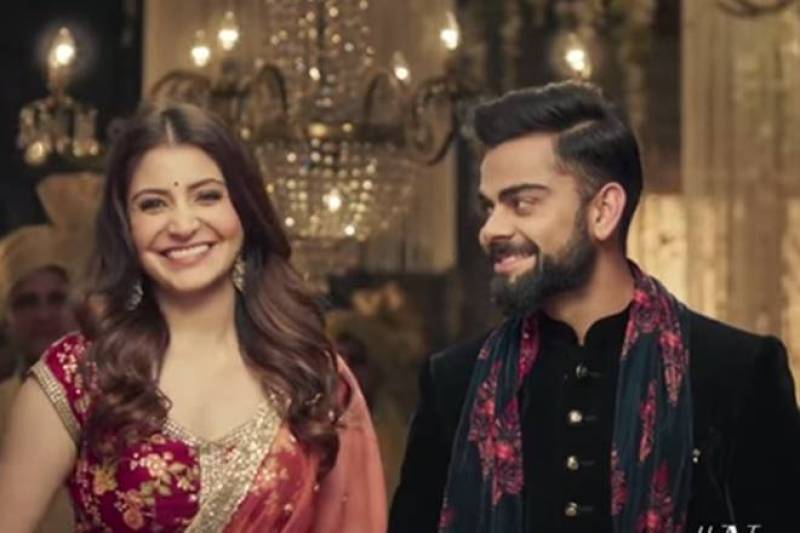 NEW DELHI - With Anushka leaving India with family for holiday and now news of Virat Kohli doing the same has led fans to believe that the wedding rumors for the couple may just be true despite Anushka's representative denying the report.

Allegedly Virat's close friends including his childhood coach Rajkumar Sharma have left for the wedding ceremony. Rajkumar has already applied for leave from his duties. "Delhi will be playing the semi-final of the CK Nayudu Trophy after quite some time, but coach Rajkumar Sharma requested for leave as he has some family commitments. Robin Singh Jr will stand in for him in this game," the official confirmed.

It is also reported that Virat will not be a part of T20 series.

Sources from the inside reveal, "The invitations have gone out to close friends and family. Only a few of Virat's friends from Delhi have been invited - one is his childhood buddy, who used to play league cricket with him and the  other, who has been advising him on his fitness."

There have also been reports that Sachin Tendulkar and Yuvraj Singh have been invited to the wedding.

Anushka's family and family priest are travelling to Italy. Now why would you ask your family priest to travel with you if not for a very subtle (hint: wedding) family event? Sources have also revealed that Anushka's father has informed the relatives of the nuptials.

Anushka and Virat are expected to get their marriage registered in Bandra, Mumbai on January 12.

We are not sure what to make of all these circulating facts if not for the wedding. Let us wait and see the turn out!