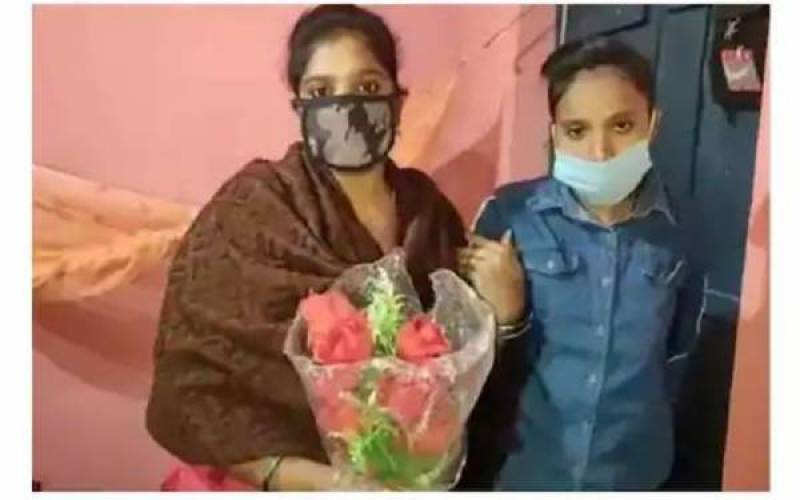 RANCHI – Two homosexual cousins in India state of Jharkhand have tied the knot after they went missing for past few days.

Defying the odds, two women, aged 24 and 20, from Jharkhand's Koderma district, said they got married at a temple on November 8, and are hopeful to make the same-sex marriage legal.

Reports in Indian media said the women have been together for the past five years.

As per the book, same-sex marriages are not legally recognised in India, as it is against Indian culture.

Earlier, their families had lodged a complaint after they went missing. Unexpectedly, in recent days, their family members found out that the ‘newly-weds’ had been living in a rented house near Chandwara.

As the family got informed about the bizarre event, they traced them and forcefully brought them back.

As per the police officials, they cannot intervene as both women are adults. One of them is a graduate, while other is 12th pass.

The unusual happening, however, fascinated the local media, and a lot of people started to storm their house. Consequently, the two decided to leave the district and move to an undisclosed location.

LONDON - A father who raped his gay daughter to prove “sex was better with men” has been jailed for 21 years. The ...

Both girls of Azad Mohalla under Telaiya police station said they are not ashamed of their unusual relationship. ‘We are well aware of the fact that homosexual relationships have been decriminalized’ they told Times of India.

‘We are being threatened with dire consequences by our families, but we don’t care. We are in a relationship for the last five years. We got married at a temple and will soon try for a court marriage’, they added.