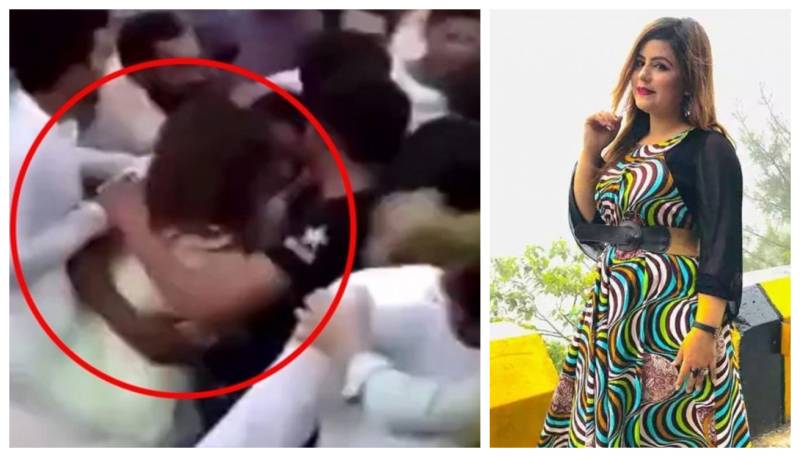 LAHORE – A sessions court on Friday issued a non-bailable arrest warrant for TikToker Ayesha Akram for not appearing before the court in the Minar-e-Pakistan harassment case.

Back in August 2021, a mob of over 400 men harassed and assaulted TikToker Ayesha at Lahore’s Greater Iqbal Park on Independence Day. Horrifying videos of the incident spread on the internet like a wildfire, sparking anger among public and subsequent arrests by the Punjab police.

During today’s hearing, the court ordered Lari Adda Police Station SHO to arrest the TikTok star and produce her in next hearing scheduled for January 5, 2023.

Earlier this year, the sessions court indicted prime suspect Rambo and others in Ayesha harassment case at Minar-i-Pakistan.

In October 2021, Ayesha, who had initially stated that her partner Rambo was her saviour, later called him a villain. The TikToker had also submitted a written statement to the DIG (Investigation) to initiate action against Rambo.

According to the statement, Rambo had planned to go to Iqbal Park on Independence Day and his colleagues made some nasty videos of her.

Moreover, Ayesha Akram alleged that Rambo had blackmailed her and taken Rs1 million from her. Further, she stated that she gave half of her salary to Rambo, who runs a 'TikTok gang'.