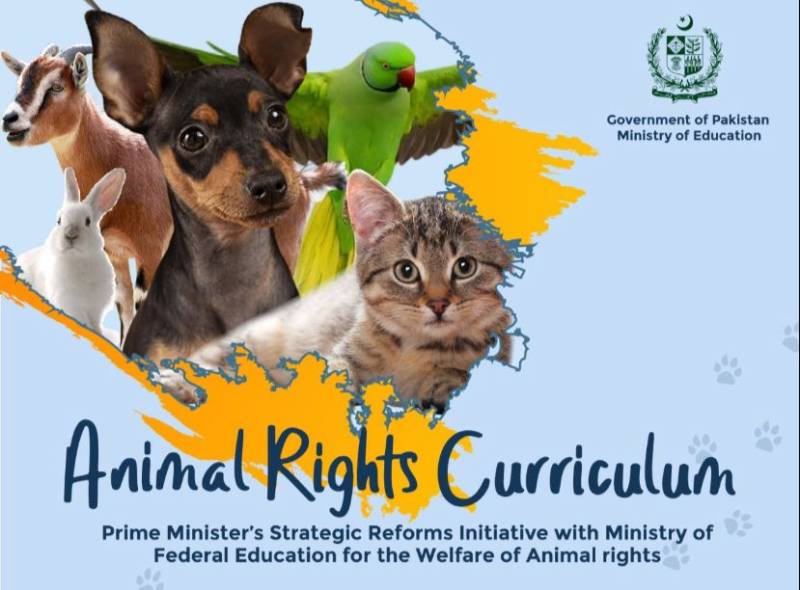 ISLAMABAD – Pakistani government has launched an animal rights curriculum for primary schools in a bid to protect animal rights in the country and shape a more “tolerant and inclusive” society.

Pakistan's Minister for Education Rana Tanvir along with children from various schools launched the curriculum, which will be applicable to both public and private schools.

Salman Sufi, head of the prime minister's strategic reforms unit, took to Twitter and shared glimpses of the launch ceremony as well as one of the course books.

“Proud to announce the official launch of Pakistan’s 1st Animal Rights Curriculum on direction of PM @CMShehbaz,” Sufi tweeted. “Our children will shape a more tolerant and inclusive Pakistan.”

Our children will shape a more tolerant & inclusive Pakistan pic.twitter.com/o4KbBgEJ3k

Sufi had said in September that the curriculum would initially be introduced in schools across the Islamabad Capital Territory (ICT), but the federal government had plans to work with provincial governments to add courses to their curriculum later.

He said PM Sharif had been pushing for animal welfare reforms through the unit and the move to introduce the course was a step in that direction. The PM's aide said he and Climate Change Minister Sherry Rehman were also working on an animal welfare law that would soon be tabled in parliament.