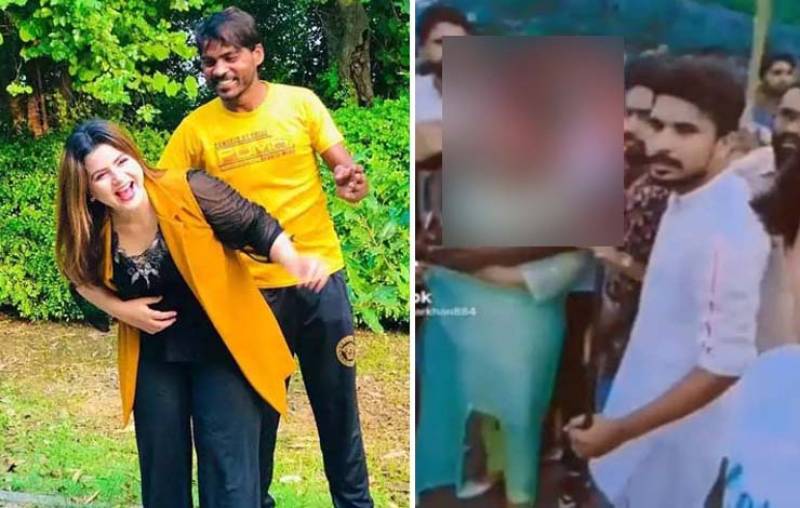 LAHORE – Amid the shocking revelation in the Greater Iqbal Park harassment case, another alleged audio call of Ayesha Akram and her detained partner Amir Sohail alias Rambo got leaked and is doing rounds on social media.

The duo, in their alleged telephonic conversation, can be heard planning the visit to Greater Iqbal Park on Independence Day.

Rambo, who was arrested on the complaint of Ayesha, told her to arrive at Minar e Pakistan by 4 pm. He assured the social media star to have security at the venue.

Rambo also asked Ayesha to don the specific frock [in a luring manner] saying the appearance matters a lot and will make her more famous than ever.

In reply, Ayesha opposed his demand of wearing the specific frock saying she had already taken out separate attire for the special event. She also chided Rambo saying she knew how much he dishonored her before.

The alleged clip reportedly took a day before the event that shook the nation and made headlines across the border.

Lahore – Another alleged audiotape between the Minar-e-Pakistan harassment victim Ayesha Akram and her partner ...

Earlier this week, the harassment case took another twist when Ayesha and Rambo got exposed after their call of discussing options to blackmail the suspects went viral.

The victim was heard saying she had identified six suspects during the course of the investigation and unveiled her plan to get Rs600,000 from each suspect to declare them innocent.