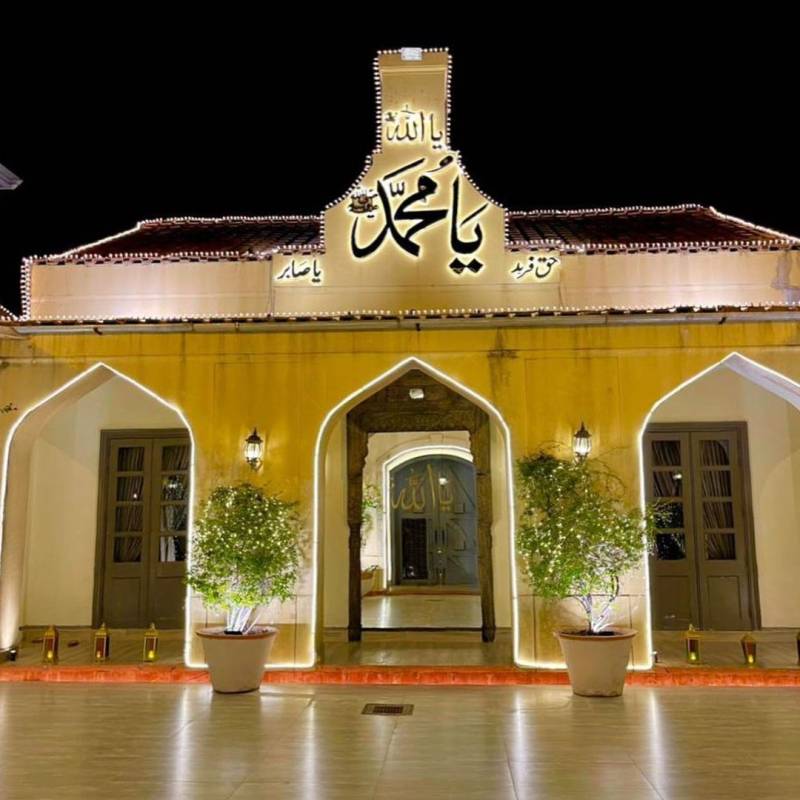 “Getting prepared for the Rabi ul Awal celebrations,” the premier wrote on his official handle while sharing the recent picture of his residence located at the eastern bank of Rawal Lake.

The house in the post can be seen adorned with off-white lights which also covered the flower pots. Ya Allah, Ya Muhammad (PBUH), along with Haq Fareed and Ya Sabir were affixed with jubilant lights capturing the true spirit of the auspicious occasion.

On Wednesday, Khan announced that the celebrations of Rabiul Awwal will be the biggest event in the history of Pakistan, adding the event will be celebrated across the country with great fervor.

The government also announced the 12th of Rabi Awal as a nationwide public holiday. “It is notified for general information that Tuesday, October 19, 2021, shall be a public holiday on the occasion of Eid Milad-un-Nabi (12th Rabi ul Awwal 1443 AH) throughout the country”, a notification issued by the Cabinet Division reads.

ISLAMABAD – The government on Friday announced the 12th of Rabi-ul-Awal as a nationwide public holiday. A ...