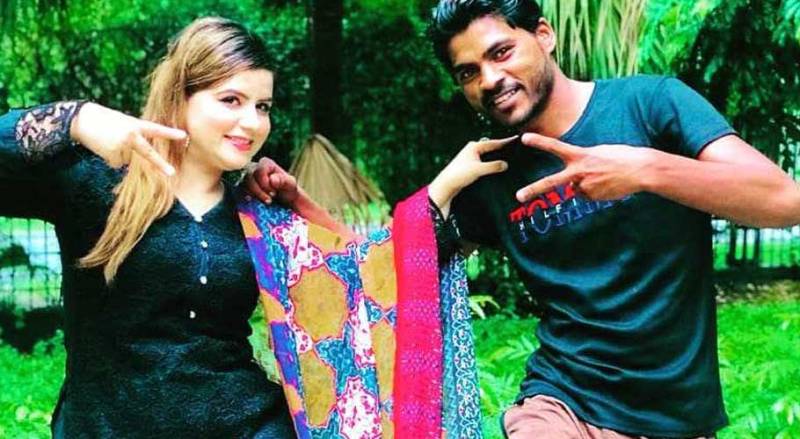 In their alleged telephonic conversation, which is doing rounds on all social networking sites, the duo can be heard discussing the plan to make false statements to Federal Investigation Agency (FIA).

During the call, the victim told her accomplice that the cell phone, which according to them was snatched during the incident, was not mentioned in the First Information Report besides a small amount of money.

Rambo said I will tell the cops that the amount of snatched phone was around Rs 1.5 lac while the ID was yet to be made on the iPhone.

Ayesha then told him to tell the cops that the phone costs around Rs 1.5 lac on which she used to shoot videos. She also told Rambo to avoid giving in-depth details in a bid to avoid contrasting statements.

On the other hand, Ayesha has also lodged a complaint with the Shahdara police against unidentified suspects for hurling her life threats.

The social media star alleged that a gang of unidentified men called and threatened her that they would kill her for pursuing the case against those involved in the harassment case.

Ayesha also nominated Ali Shah, a TikTok star from Rawalpindi, in the new case saying Shah and his accomplices used to blackmail her for the last couple of years.

Earlier, another alleged telephonic conversation between Ayesha and her partner went viral in which they can be heard planning to blackmail and extort the detained suspects.

LAHORE – In another major development in the Minar-e-Pakistan harassment case, an alleged audio clip has surfaced ...

The victim can be heard saying that she identified six persons from whom they could extort around Rs600,000 for each. Rambo told her that the arrested persons belonged to poor families and they would not be able to get that sum from them. On this, Ayesha suggests they should reduce the amount to half a million.

Meanwhile, the alleged audio leaks have given the harassment case a new turn. Furthermore, Ayesha had also complained that Rambo and his companions were blackmailing her and hurled threats on her.

She alleged that it was Rambo who planned to visit Greater Iqbal Park on Independence eve. She also charged in the application that Rambo and his accomplices had got hold of her nude video and were blackmailing her for the past three years.