The Curious Case of Umar Akmal 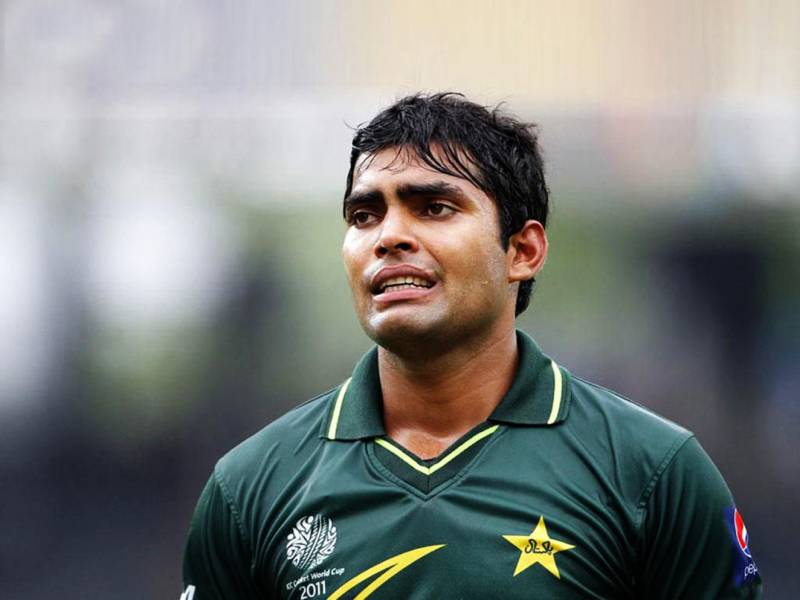 Umar Akmal has been a rare batting talent to emerge out of Pakistan in the past decade. Bursting onto the scene in 2009 following a number of successful Under 19 campaigns, Umar made an immediate mark on the international circuit and achieved the rare feat of a debut test match century on foreign soil. His 129 and 75 against a wily New Zealand attack that included Shane Bond and Daniel Vettori marked the stage for an upcoming superstar in world cricket. The ease with which Umar mixed defence and offence was a testament to his talent. Umar also made an immediate impact in other formats of the game, including a century against Sri Lanka in his debut ODI series.

Early comparisons were made to Inzamam-ul-Haq and other rising stars of the current generation, including Virat Kohli of India. However, 5 years on, the demise of Umar Akmal has been remarkable. After showing so much potential and promise in the initial years, what went wrong for Umar?

Although a combination of poor form and disciple have contributed; I feel the main culprit for Umar’s downfall has been the Pakistan team management. Why?

1. Unclear role in the team

In the 200 international games played by Umar – he has been constantly moved around the batting order, and thus been often wasted in the lower middle order. A majority of his dismissals have unsurprisingly involved him playing big shots in an attempt to increase the score while batting with the tail. Moreover, handing him the wicket keeping duties have further convoluted his role in the side. It was a silly error of judgement to hand him the gloves – not only did he have little success wicket keeping, but it also no doubt led to further lowering his confidence.

Umar was initially very confident of his abilities and had the unique ability to handle pressure. Unlike recent players to have played for Pakistan - he is a genuine match-winner. His counter attacking style of play has produced some of the most courageous Pakistani innings I have seen in recent time. Who can forget the way he took Pakistan over the line against Australia (2011 World Cup) and South Africa (2012 T20 World Cup); and his blistering stroke play against the short pitched bowling of Johnson, Nannes, Tait and Starc in the 2010 and 2014 T20 World Cups.

Moreover, Umar has also had relatively impressive Test tours to New Zealand, Australia and England. The current Pakistani batsmen are bolstering their average playing on placid surfaces in the UAE - it will be interesting to see whether they have the technique or temperament to succeed in more testing conditions abroad.

It’s extremely disappointing to see how Akmal is constantly bullied and made a scapegoat by the Pakistani Cricket Board. The recent petty one match ban for a dress code violation in a domestic game at the start of the recent New Zealand series (which was eventually revoked) is a classic case in point. Umar has been constantly singled out for his behaviour, while other players seem to be treated with greater leniency.

Discipline is important within any team, but it should be imposed with consistency across all the players in a team. Perhaps Umar’s soft natured and non-confrontational approach has made him an easy target.

Being the brother of Kamran Akmal is also not helping Umar’s case. Kamran is notoriously recognised as one of the shadiest Pakistani cricketers of recent times. Known for his comical wicketkeeping, the sideffects of this are being felt by Umar. This negative stereotype is particularly held by a strong contingent of fans and is unfairly used as ammunition against him.

The above said, Umar still needs to evolve his game in several aspects, notably more disciplined strokeplay and improve his conversion ratios from initial starts to 50/100+ scores.

However, the bottom line still remains that the PCB must carefully groom and nurture this rare batting talent. Pakistan only needs to look across the border and learn how India has developed the career of Virat Kohli and realise the extent of their failings with Umar Akmal.

With age on his side (Akmal is still only 25), the PCB must act quickly and start afresh. In my opinion, Umar Akmal could be the x-factor that Pakistan need for the upcoming year.

The case of two bottles of liquor

The curious case of cigarette prices in Pakistan