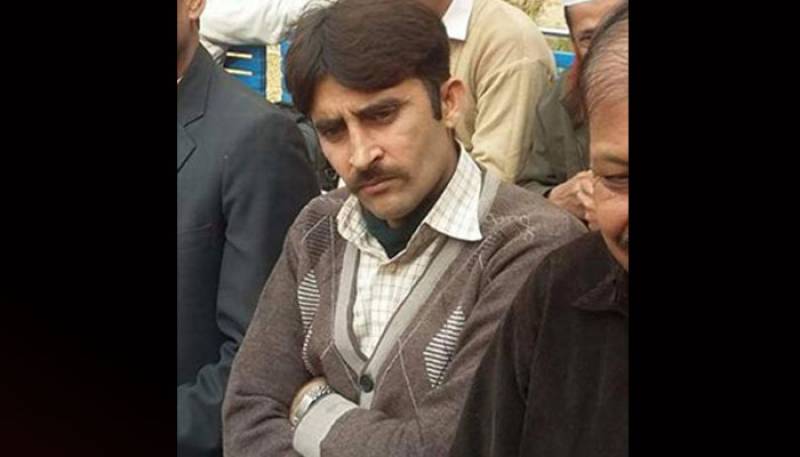 ISLAMABAD - The Capital Administration and Development Division (CADD) has suspended a college teacher who was accused of sexually harassing students from Bahria College during a recent practical examination.

Confirming the development that came weeks after the incident was reported on social media, Director General Federal Directorate of Education (FDE) Hasnat Qureshi revealed the FDE would also conduct an inquiry against the invigilator under the Protection of Women against Harassment at Workplaces Act 2010, within seven days.

As many as 80 students of the college came out on social media and alleged Sadat Bashir of sexually harassing them at their biology practical, last month - the examiner denied the charges in a video.

ISLAMABAD - More than a dozen college students have accused an examiner, appointed by Federal Board of Intermediate and ...

Bashir is a lecturer at the Federal Postgraduate College, H-9 and in a complaint lodged with the Federal Board of Intermediate and Secondary Education (FBISE), Bahria College Principal Iqbal Javaid stated: “It is reported with serious concern that [the accused], who conducted practical examination on 24, 26 and 27 May, sexually harassed a number of students during practical examination (trying/touched their private parts).

Unfortunately, the students were concerned about their practical marks and were hesitant to lodge direct complaint against the said examiner so they registered their complaint with the teachers and admin staff, Dawn News reported.

“It is requested that strict disciplinary action may please be taken against the sick individual and he be barred from such duties in future. In addition, for future, lady practical examiner may please be given preference for their girl students to avoid recurrence of such incidents.” Javed pleaded in the complaint.

Ali received huge support on Facebook where she shared her post. Meanwhile, a campaign against the alleged molester, #PunishSadatBashir, had been trending on Twitter as well, following the testimonies by 18 girls.

The campaign continued on Facebook and Twitter and is being encouraged by various celebrities as well, including Meesha Shafi who recently spoke about being sexually harassed at the hands of fellow singer Ali Zafar.

All strength and power to this brave sister for sharing her disgusting and alarming experience. #BahriaCollege kindly take immediate action. We are all watching and we are all waiting! #TimesUp https://t.co/lMdAVm5Csz

Sadat had claimed that the campaign agianst him was to coerce him into awarding extra marks to the students.

#PunishSadatBashir rejects allegations of sexual harassment. "Education institution like APS&Bahria always pressurize me to award maximum marks to students in practical exams but I give marks to students on basis of their performance. I am being victimised for that," he said. pic.twitter.com/eS2NsbcJIl