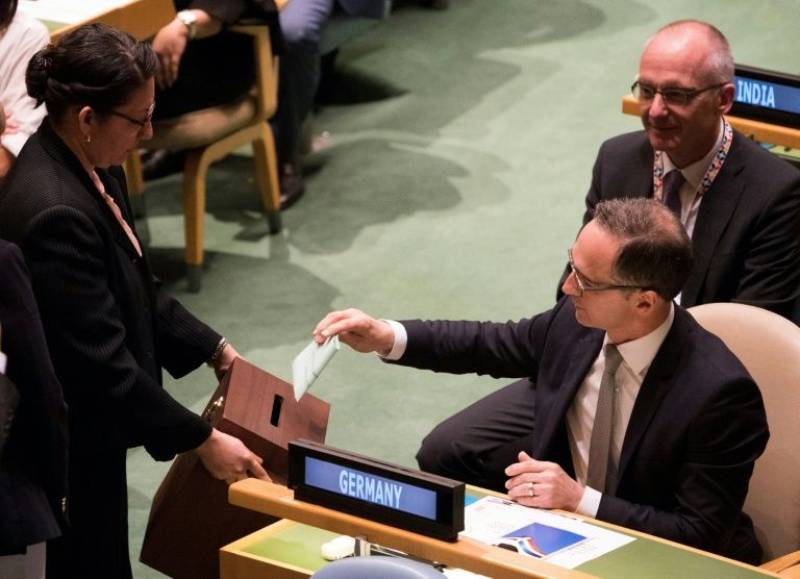 UNITED NATIONS - The UN General Assembly elected Belgium, the Dominican Republic, Germany, Indonesia and South Africa on Friday to serve as non-permanent members on the Security Council for two years starting in January.

All but three of the 193 UN member states cast paper ballots. Germany and the Dominican Republic each obtained 184 votes. South Africa got 183 votes, Belgium 181 and 144 went to Indonesia.

"Belgium will make sure to be a constructive, reliable and open partner during its mandate at the council and for the international community as a whole," Belgian Foreign Minister Didier Reynders said in a statement.

The Belgian government said it was joining the council at a "pivotal moment."

"It's a period when multilateralism no longer seems obvious to all, with some even questioning it, even as the planet is confronted with multiple global challenges, including climate change, the (UN) Sustainable Development Goals, the fight against terrorism and illegal migration."

Each candidate country needed to secure two thirds of the votes in order to clinch a seat.

There are 15 members on the UN Security Council, including the five permanent ones -- Britain, China, France, Russia and the United States -- and 10 non-permanent members, half of which are elected each year. Just before taking up their duties, the elected states get intense training about Security Council protocol and customs.