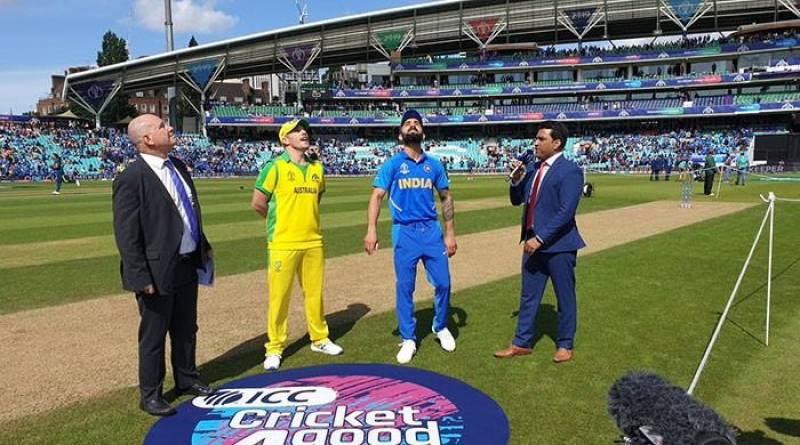 LONDON - India thrashed Australia by 36 runs in the fourteenth match of the ICC Cricket World Cup 2019 at Oval cricket ground here on Sunday.

The Australian captain Aaron Finch is run out and he is fuming ?#AUSvIND #CWC19 #TeamIndia pic.twitter.com/ekIZRJrI4h

Shikhar Dhawan's 117 was the cornerstone of India's imposing total of 352 for five which also featured major contributions from captain Virat Kohli (82) and Rohit Sharma (57).

Australia then struggled to keep up with the required rate in the face of tight bowling despite the fifties from David Warner, Steve Smith and Alex Carey.

Victory saw India make it two wins from two following their defeat of South Africa, with Australia now two from three after wins over Afghanistan and the West Indies.

On the other hand, Marcus Stionois managed to bag 2 wickets while Pat Cummins, Mitchell Starc, and Nile took one wicket each.

India beat South Africa by six wickets in their opening match of the World Cup, while five-time winners Australia won their opening game against Afghanistan by seven wickets and defeated West Indies by 15 runs in their second game of the tournament.

Team news from The Oval.

Both sides are unchanged from their wins earlier in the week.#INDvAUS #CWC19 #TeamIndia #CmonAussie pic.twitter.com/SlxhR0DKtZ