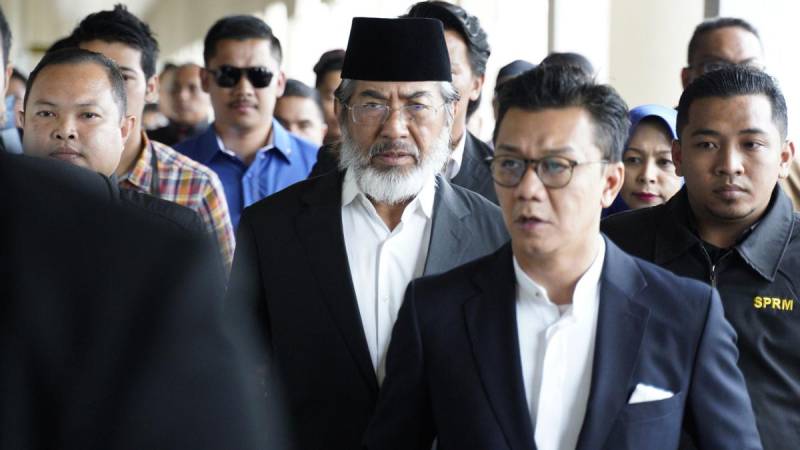 KUALA LUMPUR – Malaysian prosecutors on Tuesday dropped dozens of corruption and money laundering charges against a former state leader, the latest high-profile graft case to be abandoned since a change of government.

Musa Aman, ex-leader of Sabah state, is a senior member of the United Malays National Organisation (UMNO), which took control of the national government as part of a coalition in March.

The case adds to concerns that people linked to UMNO facing criminal cases may now be let off -- it comes just weeks after corruption charges were dropped against a Hollywood producer, whose stepfather is ex-prime minister and senior UMNO figure Najib Razak.

Musa was ejected from power in Sabah in 2018 after UMNO was voted out of office at the national level, and was subsequently hit with 46 charges related to handing out rights to log rainforest.

But a judge at the High Court in Kuala Lumpur cleared him after a request from his lawyers, who described the case as "political persecution".

"I thank Allah, finally I have received justice as all the charges have been withdrawn after such a long time," said Musa in a statement.

Sabah state on Borneo island is home to massive forests but vast tracts have been cleared, and activists have long alleged there is corruption in the granting of logging permits.

The 69-year-old Musa had been accused of receiving more than $50 million in exchange for handing out logging concessions to 16 companies and was due to stand trial later this year, official news agency Bernama reported.

There had been fury at the move to drop money-laundering charges linked to the 1MDB scandal against Riza Aziz -- one of the producers of "The Wolf of Wall Street" -- with some suggesting it was linked to the return of Najib's party to power.

Najib was ejected from office in 2018 in large part due to allegations he was involved in plundering sovereign wealth fund 1MDB, and is now on trial over the controversy.

UMNO returned to power in a coalition dominated by the country's Muslim majority in March without a vote after the collapse of the reformist, multi-racial government which swept to power two years earlier.