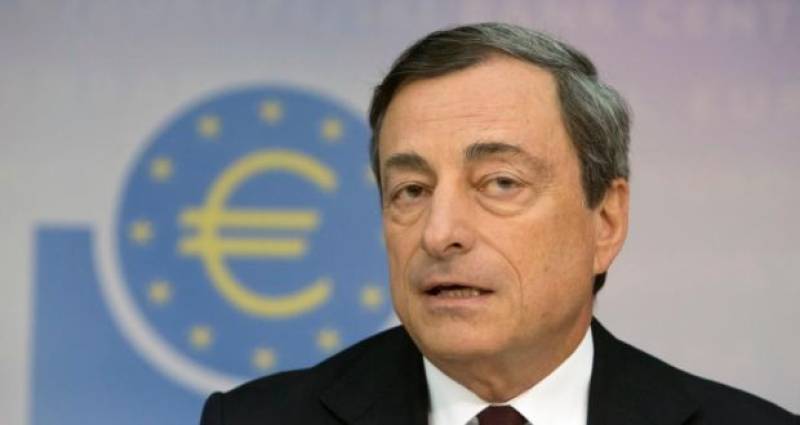 FRANKFURT (APP) - The European Central Bank announced Monday that it and the national central banks of the euro area have started buying bonds as part of the long-awaited purchase programme to kick-start inflation in the single currency area.

"The ECB and Eurosystem national central banks have, as previously announced, started purchases under the Public Sector Purchase Programme," the ECB announced via the micro-blogging site Twitter.

Earlier, a spokesman for the German central or Bundesbank confirmed that it had been "active in the market since 9:25 am (0825 GMT)."

Further details about the purchases -- the amounts or whether they were public or private-sector bonds -- were not immediately available.

ECB chief Mario Draghi had announced last week that the central bank would launch its bond purchase programme on Monday.

Under the programme, central banks will buy around 60 billion euros of public and private bonds each month at least until September 2016.

The move comes as traditional efforts to boost sluggish economic activity in the 19-nation eurozone have been exhausted through interest rate cuts that have brought borrowing costs to nearly zero.

The policy known as quantitative easing or QE is also being adopted as the eurozone faces growing threats of deflation, in which falling prices lead consumers to put off purchases in expectation they will drop further, sparking a damaging cycle of falling production, job creation and prices.