Karan Johar wants to have Koffee with Justin Bieber! 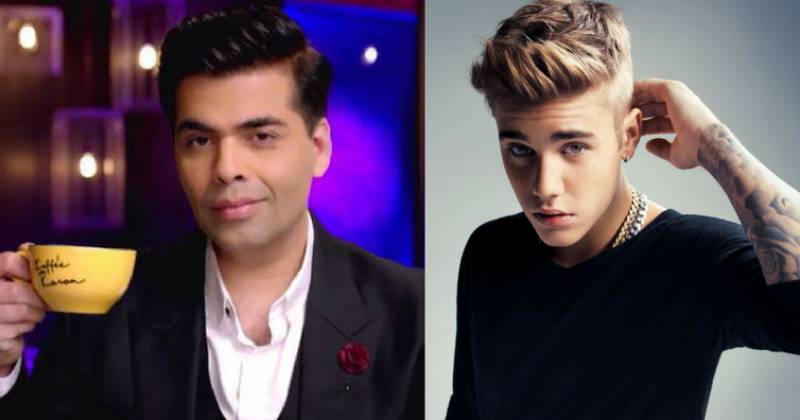 Justin is on his way to India and Karan Johar has set all his plans to open the next edition of Koffee with Karan with a bang!

According to latest reports, Johar is very keen on recording an episode of his blockbuster TV show with Canadian pop sensation Justin Bieber, who is making inroads into the country for the first time as part of his Purpose World Tour.

Bringing to screen a row of almost all of B-Town's hottest celebrities, Karan is trying hard to convince Bieber to grace his blazing and feisty purple couch. Though it's true that Justin has a packed schedule, the director and talk-show host is leaving no stone unturned in winning him over for a guest appearance on his show.

"Karan, who has hosted interactive chat sessions with international celebs like Richard Gere and Hugh Jackman, will unveil season 6 with Bieber if everything happens as per plan," sources reveal.