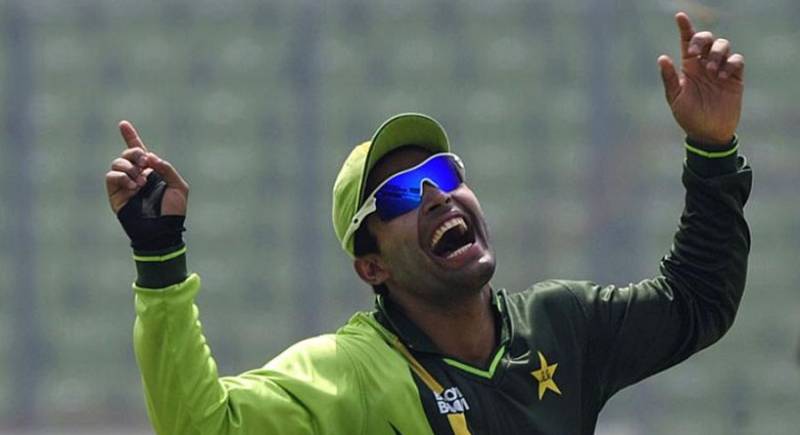 LAHORE – Umar Akmal has decided to challenge his three-year ban imposed by the Pakistan Cricket Board (PCB) for breaching the Anti-Corruption Code, according to reports in local media.

Reports suggest the cricketer, after receiving a copy of the detailed verdict issued by the PCB on Saturday, started legal consultation with his lawyers.

It comes a day after the Chairman of the Pakistan Cricket Board’s Independent Disciplinary Panel, Mr Justice (r) Fazal-e-Miran Chauhan submitted his detailed judgement on the Umar Akmal case to the PCB.

Justice Chauhan has imposed a ban of three years for each of the two charges of violating the PCB Anti-Corruption Code, which will be deemed to have come into effect from the date of Umar Akmal’s suspension i.e. February 20, 2020, according to a spokesman of the PCB.

Both periods of ineligibility will run concurrently, meaning Umar Akmal will now become eligible to return to cricket activities on February 19, 2023.

LAHORE - The disciplinary panel of the Pakistan Cricket Board Monday banned national team's middle-order batsman from ...

Umar Akmal was charged with two breaches of Article 2.4.4 of the PCB Anti-Corruption Code in two unrelated incidents on March 17. On April 9, the PCB referred the matter to Chairman of the Disciplinary Committee after the batsman opted not to request for a hearing before the Anti-Corruption Tribunal.

Justice Chauhan in his remarks said: “It appears that he (Umar Akmal) is not prepared to show remorse and seek apology, make admission that he failed to fulfill his responsibility under Anti-Corruption Code, Article 2.4.4, rather he tried to take refuge under the pretext that in the past whenever any such approaches were made, the matter was reported by him.

“As far as Charge No.1 is concerned, I do not see any circumstances to mitigate the nature of offence, particularly, when the participant (Umar Akmal) has not cooperated with the PCB Vigilance and Security Department and the investigating team.

“Charge No.2, breach of Article 2.4.4 of the Code by failing to disclose to the PCB Vigilance and Anti-Corruption Department of the PCB, full details of the approaches and invitations received by you (Umar Akmal) to engage in corrupt conduct under the Code in respect of matches in PSL 2020.

“It is also admitted by him (Umar Akmal) that he failed to report the approaches and invitation to the PCB Vigilance and Anti-Corruption Department, as required by the PCB Code, Article 2.4.4. In view of the above charge as framed, stood proven and participant has rendered himself to be punished under Article 6.2 of the PCB Code.”

The Article 2.4.4 of the PCB Anti-Corruption Code reads as: “Failing to disclose to the PCB Vigilance and Security Department (without unnecessary delay) full details of any approaches or invitations received by the Participant to engage in Corrupt Conduct under this Anti-Corruption Code”.

Article 4.8.1 of the PCB Anti-Corruption Code reads as: “In such circumstances, a hearing before the Anti-Corruption Tribunal shall not be required. Instead, the Chairman of the Disciplinary Panel (sitting alone) shall issue a public decision confirming the offence(s) under this Anti-Corruption Code specified in the Notice of Charge and the imposition of an applicable sanction within the range specified in the Notice of Charge. Before issuing that public decision, the Chairman of the Disciplinary Panel will provide written notice of that decision to the National Cricket Federation to which the Participant is affiliated, the PCB Vigilance and Security Department and the ICC.”

According to Article 6.2, the range of permissible period of ineligibility for those charged and found guilty of an offence under Article 2.4.4 is a minimum of six (6) months and a maximum of a lifetime.

Umar Akmal was issued a Notice of Charge by PCB under the PCB Anti-Corruption Code (the “Code”) on Tuesday,March 17, and he had responded within the stipulated deadline.